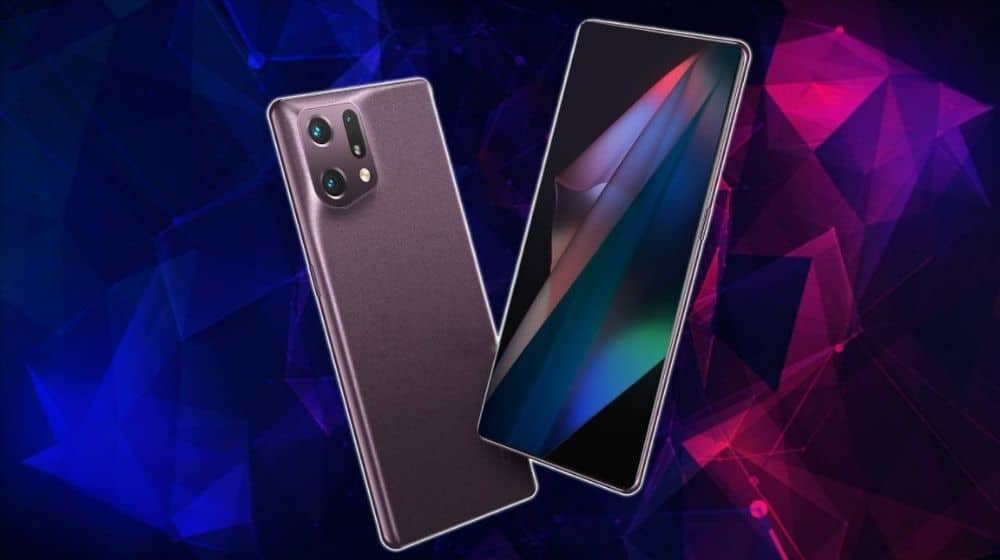 Oppo’s upcoming Find X5 Pro series has remained in the headlines for some time now, due to its unique rear camera design. While the handset is yet to be officially announced by the company, live images of the upcoming smartphone have now surfaced online. These showcase a reflective rear panel housing a protruded camera island, giving us a good look at the Find X5 Pro’s Ceramic White and Blue variations.

As can be seen in the images, Oppo has once again upgraded the original protruding rear cameras with a trapezoidal design. The camera island includes a 50 MP Sony IMX766 primary sensor with optical image stabilization (OIS), paired with a 50 MP ultrawide and a 13 MP tertiary sensor.

As per previous reports, Oppo Find X5 will premiere with MediaTek Dimensity 9000 flagship processor. While the upgraded Find X5 Pro will be equipped with Qualcomm Snapdragon 8 Gen1 flagship SoC paired with MariSilicon X ISP and Hasselblad imaging system, which you won’t find on the vanilla model.

The Chinese smartphone manufacturer hasn’t yet confirmed any details about its Find X5 flagship series, however, the rumors suggest that the series will go official in late February and is expected to consist of Find X5, Find X5 Lite, and Find X5 Pro models.