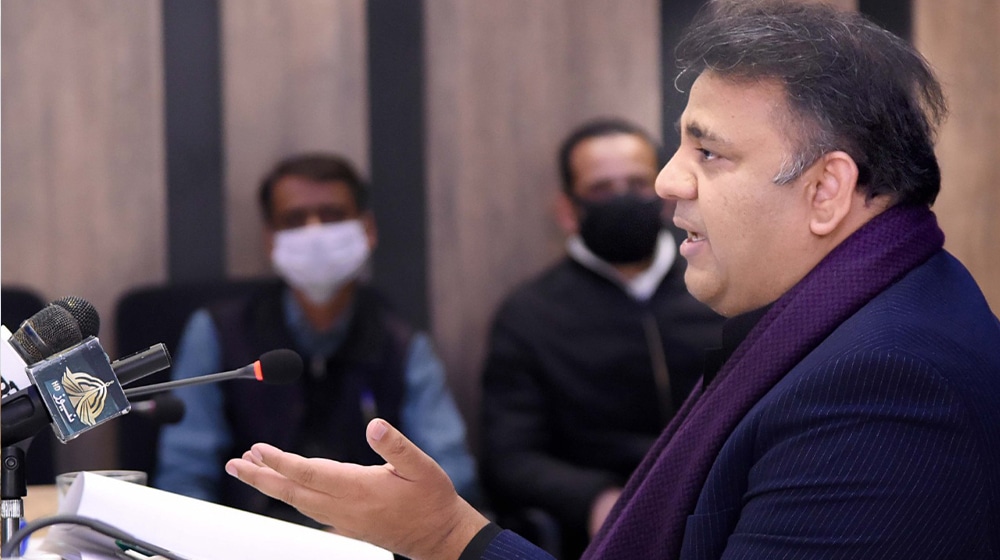 Minister for Information and Broadcasting Chaudhry Fawad Hussain on Tuesday said that Pakistan’s ranking on the Corruption Perception Index (CPI) of Transparency International dropped due to weak implementation of the law, not any financial corruption.

Addressing the media after the federal cabinet meeting, he underlined that, “The concrete and specific report has not yet been published; score was reported only,” adding that, “The criteria of Transparency International for assessment is based on different issues pertaining to financial corruption, accountability, rule of law and state capture.”

Fawad said the report revealed that the score of Pakistan did not drop due to financial corruption. Citing names of different institutions and non-governmental organizations that took part in preparing the report, he said only The Economist Intelligence Unit lowered Pakistan’s score while the assessment of all others remained unchanged. The media, he added, should check with the head of The Economist Intelligence Unit in Pakistan as to why the country’s ranking was dropped on the basis of rule of law.

“I am not getting into the controversy whether it is correct or not. Undoubtedly, there is a need to take steps for strengthening rule of law in Pakistan,” he said, adding Prime Minister Imran Khan had time and again stressed establishing rule of law.

There was an impression that there were two different laws for the rich and the poor, and “such impression severely hurts any kind of perception about the country,” he remarked.  The minister said all the institutions needed to work collectively for establishing the rule of law in letter and spirit.

He reiterated his demand for allowing the cameras in the court for a live broadcast of the cases of national importance. “I have made an appeal in the news conference the other day that the cases of Shehbaz Sharif and Asif Zardari should be telecast live so that the people can assess themselves whether the same is factually correct or not,” he added.

There was no problem in that regard as such steps would improve Pakistan’s perception at the international level, he maintained. Fawad said a comprehensive response would be given once Transparency International releases its complete report.

Divulging the details of the cabinet meeting, he said it endorsed the Economic Coordination Committee’s (ECC) decision for utilizing Rs. 5 billion to carry out a fresh census in the current year.

The whole census process was likely to be completed by December, with the result of its pilot project finalized by April or May and then the Election Commission would be able to start working on new delimitation in January next year, he added.

He expressed confidence that the general election 2023 would be held under fresh delimitation, as the process for holding the census was expedited for the purpose.