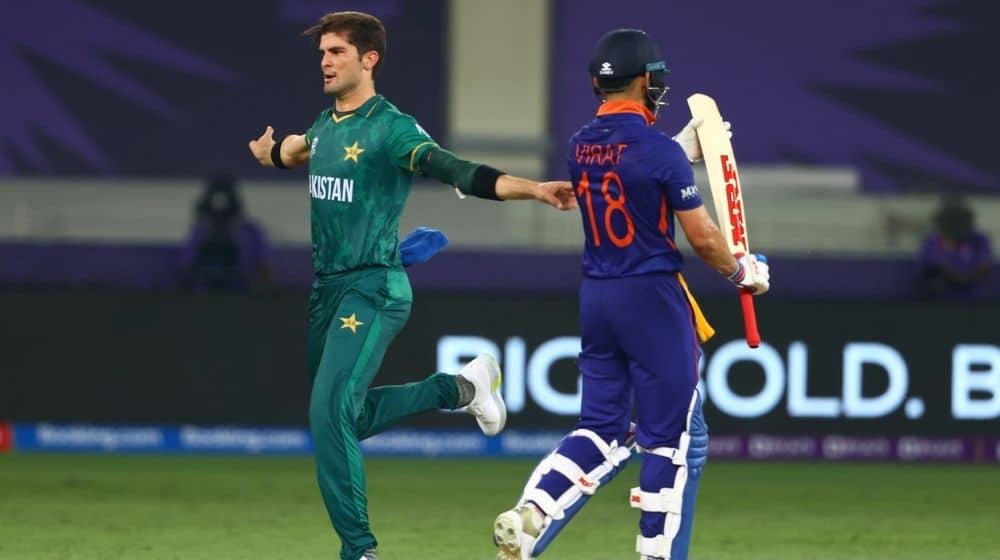 Pakistan’s ace left-arm pacer, Shaheen Afridi created history as he became the first Pakistani player to win the prestigious ICC Player of the Year award. Shaheen’s feat was particularly impressive as he became only the third bowler in history to be announced as the winner of the award.

The 21-year old has been remarkable ever since his international debut a little over 3 years ago. His performances over the past year were exceptional in all three formats and he was one of the most influential factors in Pakistan’s impressive displays throughout the year.

Shaheen was the second-highest wicket-taker in Test cricket last year and was outstanding in the T20I format as well. His performances in ODIs were impressive as well despite playing only 6 matches last year.

The left-arm fast bowler has joined an elite list of players who have won the prestigious award previously. Cricketing legends such as Sachin Tendulkar, Ricky Ponting, Jacques Kallis, and Kumar Sangakarra are some of the greats to have won the award ever since its inception in 2004.

Let’s have a look at all the winners of the ICC Player of the Year award:

The fiery pacer has witnessed a meteoric rise and his magnificent performances have also led him to become the new captain of Lahore Qalandars in the upcoming Pakistan Super League (PSL). It will be interesting to see how Shaheen rallies his troops and settles into the leadership role as Lahore look to make it to the playoffs for the second time in history.