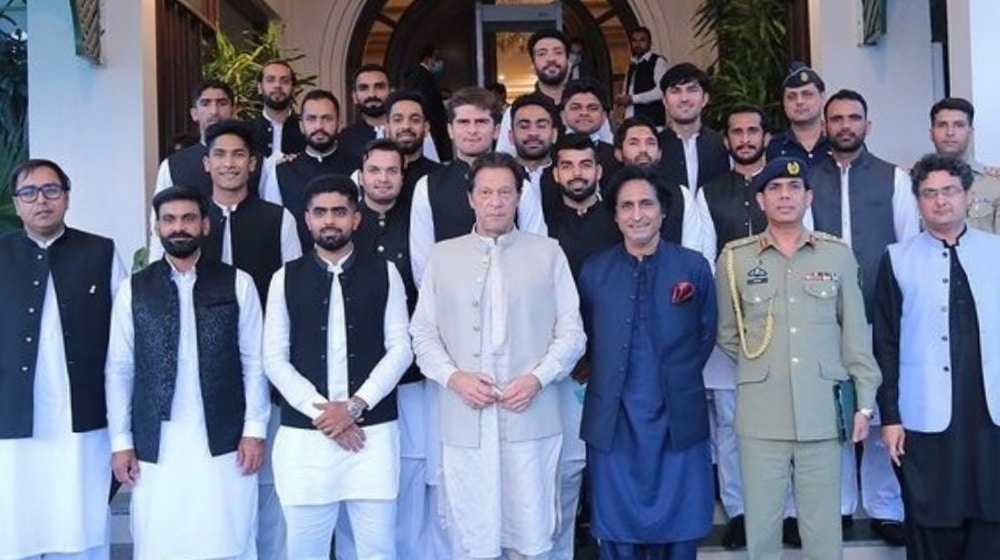 With the preparations of the Pakistan Super League’s seventh edition in full swing, even Prime Minister Imran Khan could not ignore the PSL hype. The former world cup winning captain and the current Prime Minister released a special message on Tuesday to mark the official beginning of the PSL season.

In a video, shared by the official Twitter handle of PTI, Imran Khan featured alongside the former teammate and current PCB Chairman, Ramiz Raja, as the Prime Minister gave his go-ahead for PSL 2022.

Known for his determined attitude and courage, the former captain advised all the participating teams to play their hearts out. Imran Khan also expressed his high hopes for the seventh edition of the Pakistan Super League, hoping the year to be full of fierce competition among the teams and entertaining cricket for fans.

With a message full of motivation and courage from none other than Prime Minister Imran Khan, the PSL fever is higher than ever.

With only two days to go, the seventh edition of the Pakistan Super League is set to begin on 27 January at National Stadium Karachi.

Here’s all about the PSL Schedule, PSL Stats, and PSL Teams.