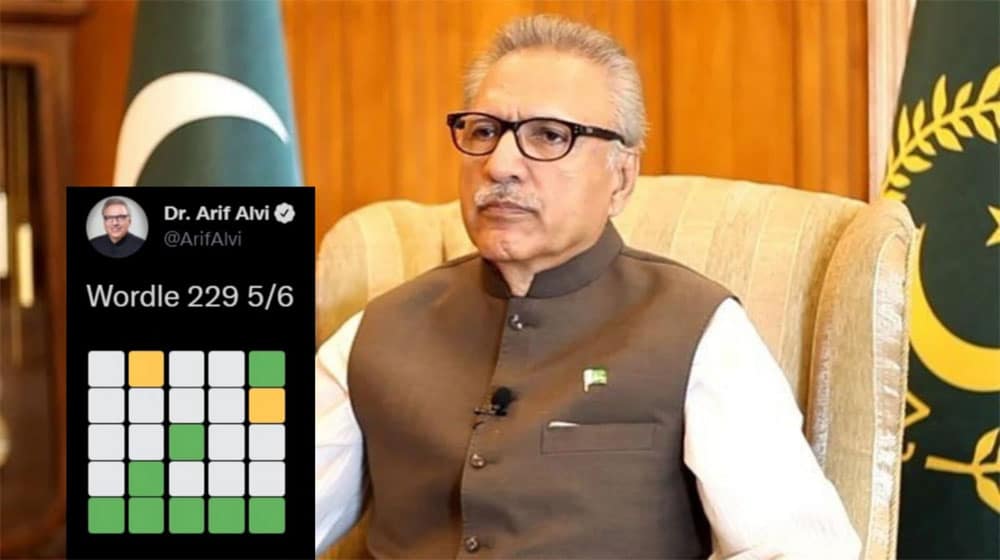 President Dr. Arif Alvi seems to be a fan of Wordle – a new free online word puzzle that has taken social media by storm.

The Head of the State posted his Wordle score on Twitter on Thursday morning. However, he took it down after severe backlash on social media. 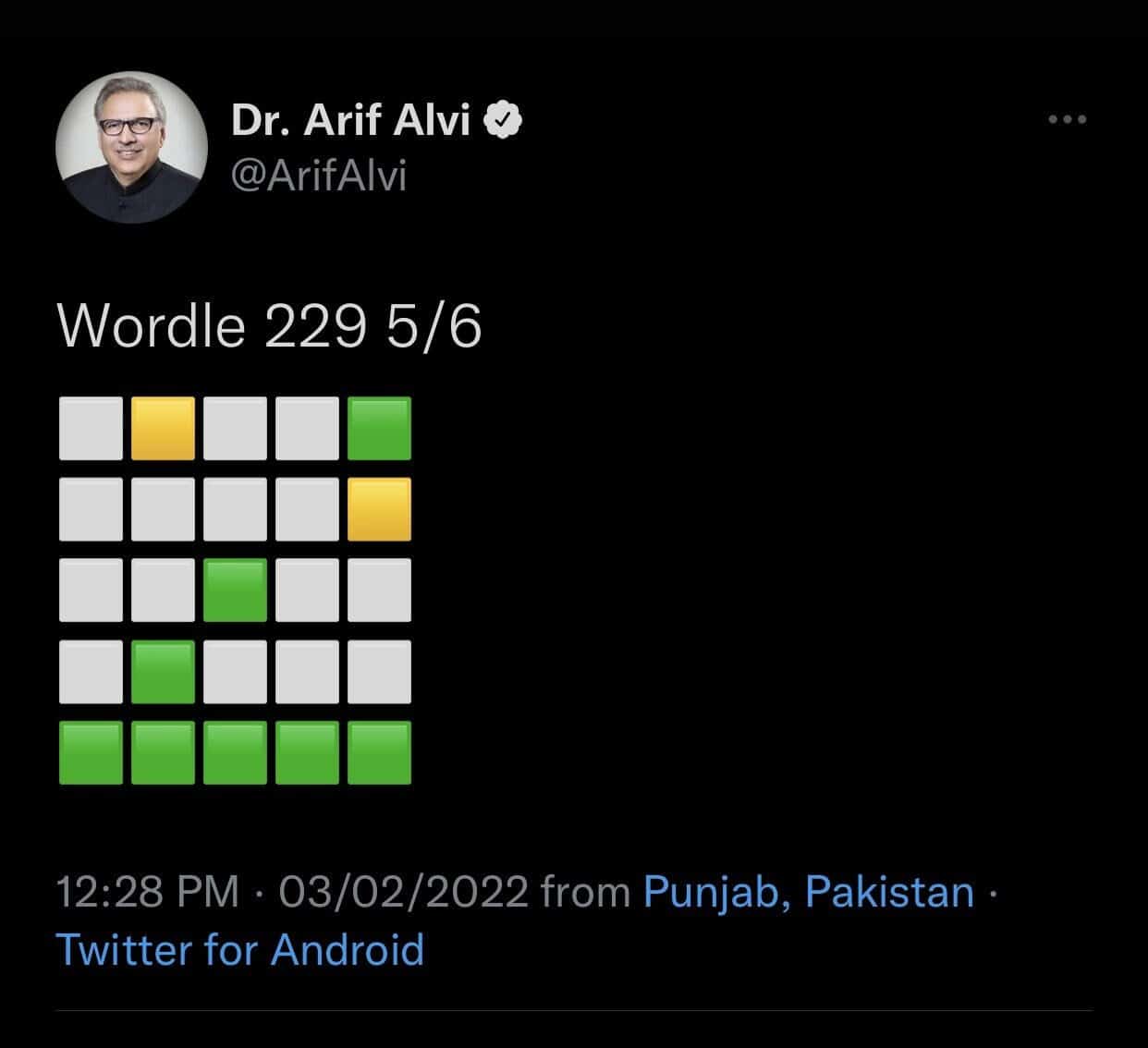 “Terrorists had attempted to attack security forces’ camps in Balochistan’s Panjgur and Naushki in two separate attacks late on Wednesday evening. The attacks have been successfully repulsed while dealing heavy damage to the terrorists. However, one soldier was martyred in the Panjgur incident,” the Inter-Services Public Relations (ISPR) said on Thursday.

People questioned the timing of President Alvi’s tweet and criticized him for spending his time on an online game instead of attending to the country’s pressing matters.

Journalist Talat Hussain criticized the President for playing a “silly game” while the country faced security and economic threats.

It is shameful that this president has nothing better to do than to play silly games at a time the country is facing grim security and economic challenges. He has nothing to say even on the ongoing Balochistan terrorism events. pic.twitter.com/pacxGMEV0G

“He has nothing to say even on the ongoing Balochistan terrorism events,” he tweeted.

A user asked if the President had any idea about the situation in Balochistan.

President Arif Alvi is busy with wordle. As soon as he gets free, he'll be told about the news. 😡😡 #Panjgur #Noshki #Balochistan