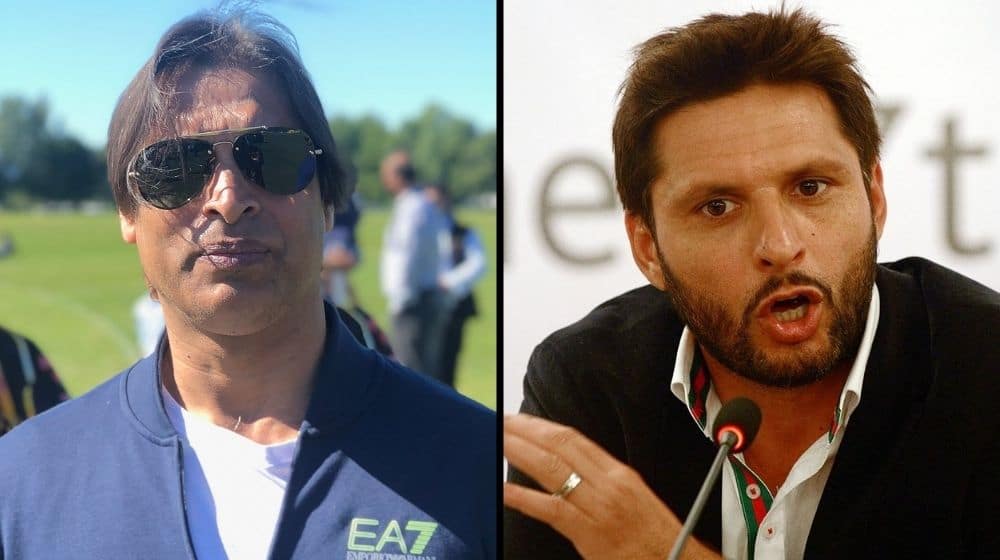 The world’s fastest bowler, Shoaib Akhtar believes that Shahid Afridi will follow the footsteps of Prime Minister Imran Khan and enter politics once he retires from all forms of cricket. Akhtar believes that Afridi has all the tools to become a successful politician as he is one of the most loved personalities in Pakistan.

Afridi, who is a part of Quetta Gladiators in the ongoing Pakistan Super League (PSL) 7, has already stated that this will be the last time he will be appearing in the competition and it is expected that he will hang up his boots from all forms of cricket after the conclusion of the tournament.

Afridi has already laid the groundwork for life after cricket as he has done a lot of philanthropic work with his non-profit organization, Shahid Afridi Foundation. He is also set to launch his own restaurant, Lala Darbar in Dubai.

Akhtar believes that Afridi’s main focus after his retirement will be to enter the politics of Pakistan. Akhtar said that he himself would be a very successful politician due to his large vote bank but his late mother had prohibited him to enter the field. He said that since then he has decided to stay away from politics.

The Rawalpindi Express also talked about the ongoing PSL 7. He said that while Lahore Qalandars have had a good start to the season they will eventually fall off. He also jokingly urged the Lahore’s owners to sell him the franchise as he will take it to new heights.

Akhtar also stated that if he ever becomes the chairman of Pakistan Cricket Board (PCB), he will make PSL the biggest cricketing league in the world. He said that the PSL has huge potential and he has ideas that will take PSL even above the Indian Premier League (IPL).