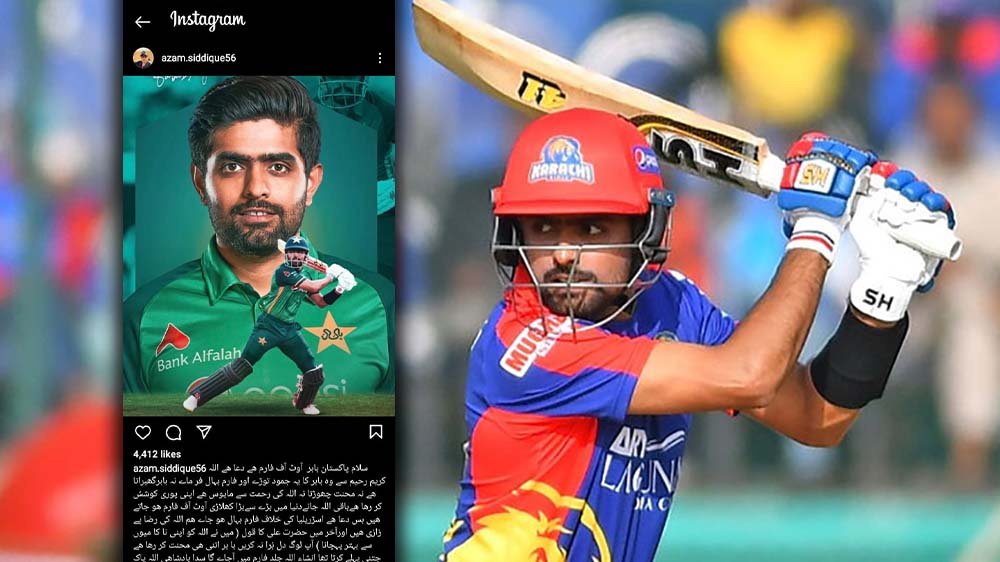 Karachi Kings on Wednesday became the only team out of six Pakistan Super League (PSL) teams to lose all eight of their matches in the league. With the widespread criticism of the Karachi Kings’ failure to win a single match and Babar Azam’s weak performance in the ongoing Pakistan Super League season, his father, Azam Siddique, finally broke the silence and defended the captain.

The franchise made history, albeit an unwanted one, on Wednesday night after losing by seven wickets to Multan Sultans when they became the first team in the six-team PSL tournament to suffer eight consecutive defeats in the league stage.

Azam Siddique is known for supporting his son irrespective of how brilliantly or poorly he performs. He admitted that Babar is out of form right now, and underlined that Pakistan’s top cricketer never gets scared.

Siddique assured that Babar is giving it his all, but even the top players sometimes lose their form.

He also encouraged Babar’s supporters not to be disappointed, claiming that the skipper is working as hard as ever and will return to form soon.

Azam Siddique stated that he is hopeful with Allah’s plan and trusts that the Almighty will restore Babar’s form before the national team’s forthcoming home series against Australia.