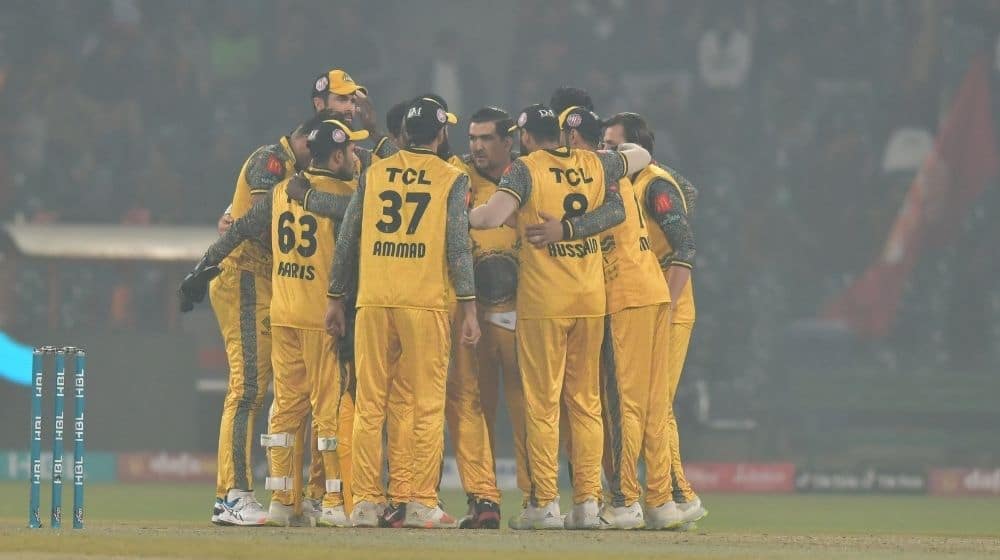 Peshawar Zalmi moved to the third spot in the PSL points table as they defeated Islamabad United by 11 runs. Meanwhile, Islamabad moved down to the fourth spot after their fourth defeat of the season.

Zalmi got off to an explosive start as young opener, Mohammad Haris took Islamabad bowlers to the cleaners. Cameos from Yasir Khan and Shoaib Malik took Peshawar to a mammoth total of 206/8.

Islamabad got off to a flyer as well as Rahmanullah Gurbaz smashed huge maximums early on in the innings. Azam Khan took over the reins in the middle-phase of the innings as Islamabad stayed in the hunt until the later stages of the innings. Some clever bowling from Salman Irshad and Wahab Riaz restricted Islamabad United to 196/7.

Mohammad Haris was named as the player of the match for his explosives innings. Haris scored 70 runs off 32 balls and his innings included 7 fours and 5 sixes.

Islamabad United and Peshawar Zalmi lock horns in the 24th match of the Pakistan Super League (PSL) 7. The two teams will battle it out against each other at the Gaddafi Stadium, Lahore at 7:30 pm PKT on Thursday, 17 February.

Islamabad United and Peshawar Zalmi will be determined to win the all-important encounter and solidify their position in the PSL points table. A win for either team will take them to the third spot in the table and the chances of qualifying for PSL 2022 play-offs will be maximized.

Islamabad United managed to pull off an amazing victory against Karachi Kings in their previous encounter but it came at a cost as they lost Shadab Khan and Zeeshan Zameer to injuries. Mohammad Akhlaq suffered an injury as well and is likely ruled out of the match while Alex Hales will no longer be available after he pulled out of the tournament. Colin Munro might be back after recovering from his injury while Asif Ali will be tasked to lead the side for the first time.

Peshawar Zalmi, on the other hand, are on a two-match winning run and it looks like they have found their winning combination. The introduction of Mohammad Haris at the top of the order has helped transform the team dynamics and with all players fit and firing they look like the favorites to nail down their position in the PSL playoffs.

Islamabad United are likely to make a number of changes, some forced and some to alter the team combination. Munro, Huraira, Musa Khan, and Zahid Mahmood might be called up to the line-up. Meanwhile, Peshawar are likely to name an unchanged XI.

Overall, the two teams have come face to face 16 times in the tournament. Both the teams share the spoils with 8 victories each. They last faced each other in PSL 7 on 30 January 2022 at National Stadium Karachi which United won by 9 wickets.

Faheem Ashraf has been in excellent form over the past few matches. While he has been terrific with the ball for Islamabad over the past few years, his power-hitting at the backend of the innings has been really impressive in the past couple of matches. Islamabad will be hoping that Faheem continues his purple patch in all three departments.

Mohammad Haris has been a revelation for Peshawar at the top of the order. He has been magnificent with his stroke play and his range of shots makes him an exciting player to watch. Zalmi will be hoping that Haris continues his fine form and provides them with another solid start.