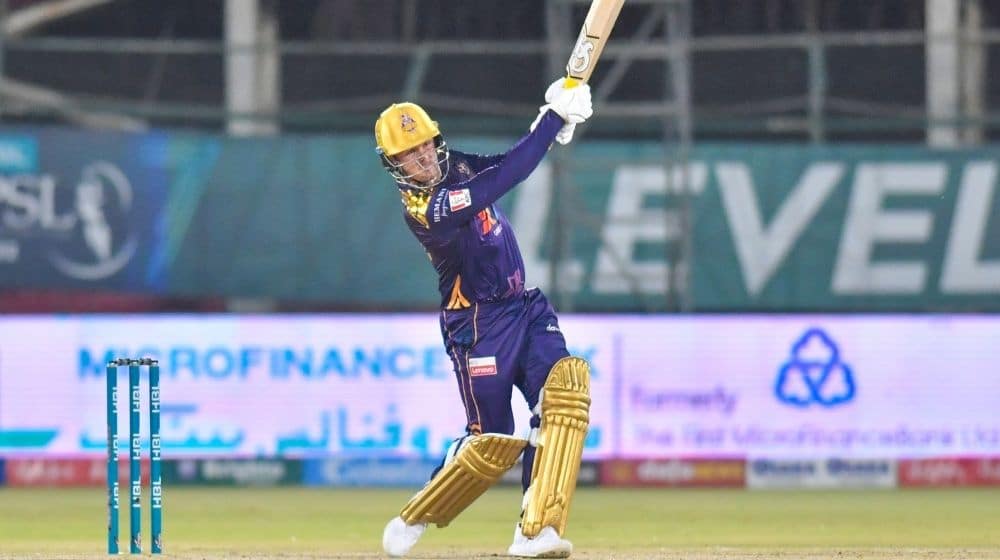 England’s star opener, Jason Roy thanked the Quetta management and the fans for their support during his stay in the ongoing Pakistan Super League (PSL). Unfortunately for Roy, his stay in Pakistan was cut short as Quetta were knocked out of the tournament in the group stages.

Roy, who was a late arrival for Quetta, set the tournament alight as he struck a brilliant century in his first match of the competition. He was top-class throughout the tournament but with little support from the rest of the batting unit, Quetta were unable to put enough points on the board.

Nevertheless, Roy was grateful for the wonderful experience and took to Twitter to thank his team.

Thank you @TeamQuetta for having me this @thePSLt20. Thank you to the entire management team and the fans. Your support is always appreciated.

See you all soon. pic.twitter.com/txWnwvSBKR

The 31-year old was Quetta’s platinum pick in the PSL 2022 draft and he repaid their faith by scoring heavily and playing his part in winning the franchise a couple of matches.

Roy was Quetta’s top scorer in the season despite only playing 6 matches in the competition. He scored 303 runs at an average of 50.50 and a strike rate of 170.22 in 6 innings. He scored 1 century and 2 half-centuries and struck 10 sixes in the tournament.

The ODI World Cup winner is expected to be retained by Gladiators for the next season if he remains available to take part in the tournament.