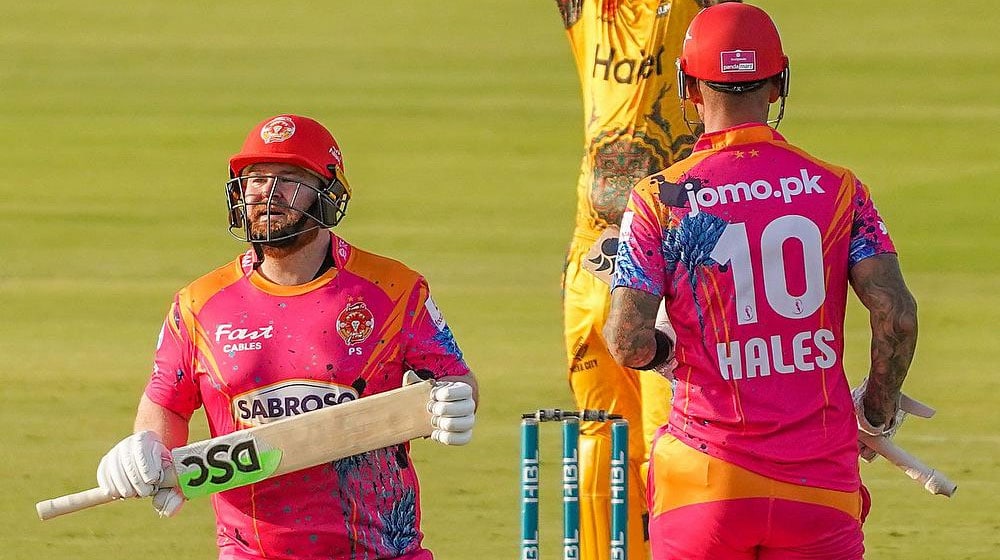 The right-handed batter, who had pulled out of the tournament due to bubble fatigue, has returned to Pakistan to represent Islamabad in the knockout games.

🚨 Red Alert 🚨 #HaleStorm returns!! @AlexHales1 is back in Pakistan and is available for the remaining Islamabad United matches. #HBLPSL7 #UnitedWeWin #RedHotSquad🦁 pic.twitter.com/P6Fz0Q2Ahk

The 33-year-old batter had tested positive for the COVID-19 at the end of the Big Bash League (BBL), so he would not have to undergo a three-day mandatory quarantine as per PSL COVID protocols. The franchise has confirmed to ProPakistani that the swashbuckling opener will be available for selection for the first Eliminator against Peshawar Zalmi.

The batter, however, will remain in an isolated environment, and will not be allowed to share the dressing room, dugout, and training area with fellow team members.

Earlier today, Islamabad United had announced that their regular skipper, Shadab Khan, has started training and is working tirelessly to get fit for the knockout games.

Shadab had left the field midway due to a groin injury during a league game against Karachi Kings last week and did not feature in the last couple of matches for the same reason. Asif Ali, his deputy, led the depleted United in the games against Lahore and Peshawar.

Note that Islamabad United will face Peshawar Zalmi in the first Eliminator on Thursday. The match, to be played at the Gaddafi Stadium, Lahore, will start at 7:30 pm.