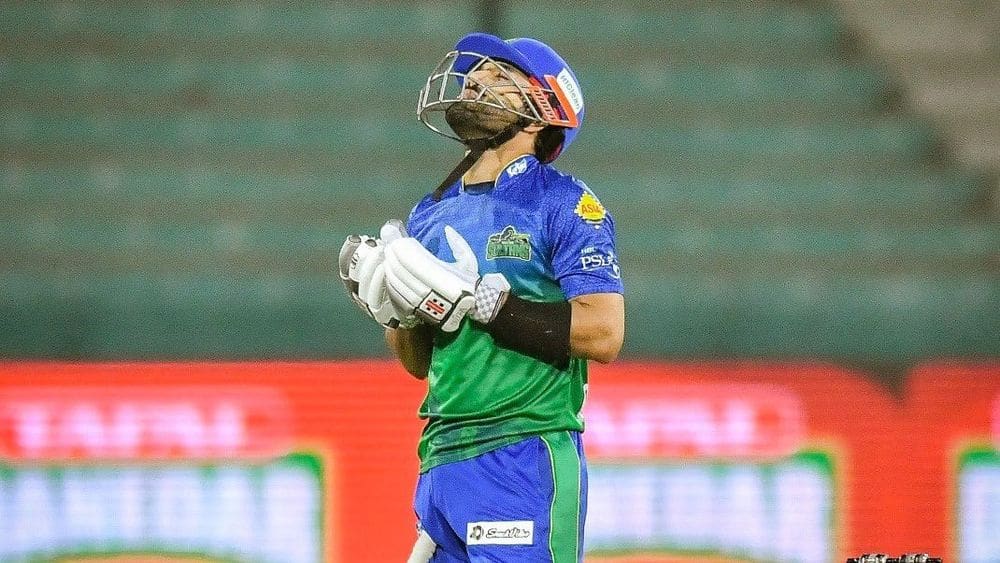 Former Pakistan leg-spinner, Mushtaq Ahmad is considered one of the finest leg spinners Pakistan has ever produced. He represented Pakistan in the 90s which is known as the golden era of Pakistan cricket. The veteran spinner had played a lot of cricket under the captaincy of great Imran Khan, Javed Miandad, Wasim Akram and currently, he is closely observing Multan Sultans skipper, Muhammad Rizwan, in the PSL.

“There are three things that are required in leadership. One, you have to be honest. Second, you have to lead by example and through your performances. Lastly, you need to be a decision-maker. All these three things are present in him [Rizwan]. He often tells players when he feels that they did not put in the effort. So, the balance between being soft and jolly while also firm is very important,” he said.

Answering a question regarding Multan Sultans’ recent performance in the Pakistan Super League, Mushtaq who was part of the 1992 World Cup-winning team said that leadership is one of the key factors that play an important role when it comes to winning and Multan Sultans have a leader in the shape of Rizwan.

“One of the most important things when it comes to winning is the leadership quality and Rizwan is a great leader. He keeps everyone in the loop and works with the players to execute the game plans,” he added.

When the Multan Sultans coach was asked whether a change in captaincy was the turning point for Sultans, Mushtaq Ahmad said that people believe in doctors, not medicine. It is right Rizwan’s captaincy is a major factor but it is teamwork that’s winning them games.

“It goes back to the old adage which states that it is not the medicine that cures you but the belief you have in the doctor’s treatment. So, Rizwan’s captaincy was definitely a factor but the credit also is with the players for their togetherness,” he explained.

While recalling the time when the spinner was playing under the leadership of Imran Khan, Mushtaq said that the captain should back his teammates as the great Imran Khan had backed him when his performance was not up to the mark.

“I remember when I conceded 70-odd runs in Brisbane and Imran bhai came up to me and backed me for trying my level best. I think it is important to back your players as a leader because it gives you the desire to go out there and prove their belief in you. Rizwan is exactly this way and his leadership is hugely positive,” Mushtaq further added.