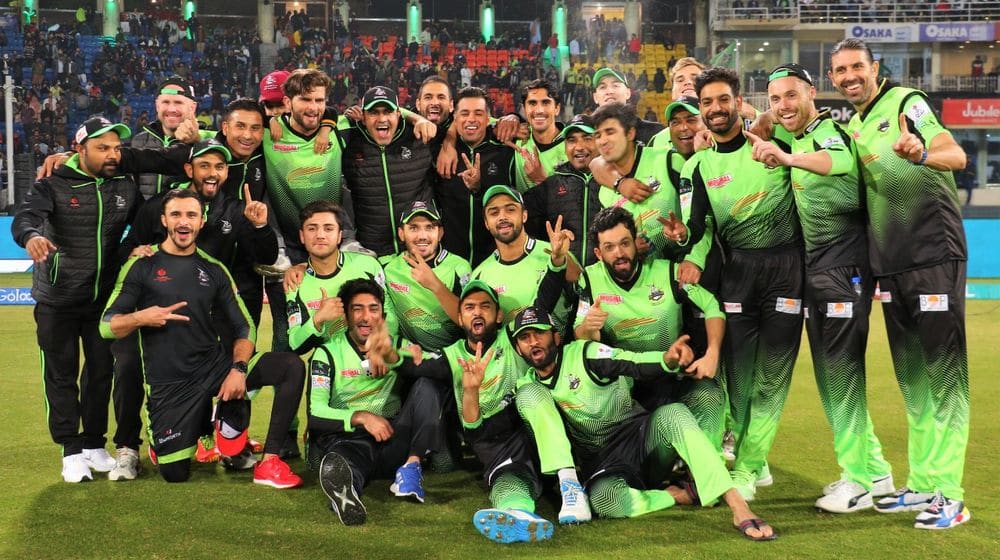 Lahore Qalandars won their first-ever PSL title as they defeated Multan Sultans by 42 runs in front of a jam-packed crowd at Gaddafi Stadium, Lahore.

Lahore got off to a poor start as they lost three early wickets. Veteran Mohammad Hafeez stepped in and rebuilt the innings expertly. Hafeez scored a scintillating half-century to set the platform for Harry Brook and David Wiese to hit some big shots at the end of the innings. Wiese was superb once again as he struck 28 runs off 8 balls to take Lahore to 180/5.

Multan too got off to a poor start as they lost early wickets. Mohammad Hafeez spun his magic with the ball this time as he got rid off Mohammad Rizwan. Multan never recovered as Lahore tightened the screws. Multan were bundled out for 138 as they lost the final by 42 runs.

Lahore Qalandars will face-off against Multan Sultans in the final of Pakistan Super League (PSL) 7. The two teams will battle it out against each other at the Gaddafi Stadium, Lahore at 7:30 pm PKT on Sunday, 27 February.

Lahore and Multan will battle it out for the PSL 7 title in front of a jam-packed crowd at Gaddafi Stadium, Lahore. Defending champions, Multan Sultans will be aiming to become the first side in the history of PSL to defend their title while Lahore will be aiming to win their first-ever PSL title.

Multan have been head and shoulders above their competition in the tournament so far. Multan had no problems in breezing past Lahore in the qualifier and they will be further boosted by the inclusion of their explosive middle-order batter, Tim David, who is eligible for selection once again after testing negative for Covid-19. Multan will be wary of Lahore as they are the only side that has beaten them this tournament.

ALSO READ
PSL 7 Final Schedule: All You Need to Know About the Big Finale

Lahore, on the other hand, were absolutely electric in their win over Islamabad in the 2nd eliminator a couple of days ago. With the amazing crowd support behind them, Lahore will look to put in a similar performance and pull off another win against the mighty Sultans.

Overall, the two teams have come face to face 12 times in the tournament. Qalandars have an upper hand with 7 wins while Sultans won 5. They last faced each other in the qualifier of PSL 7 on 23 February 2022 at Gaddafi Stadium, Lahore which Sultans won by 28 runs.

It’s T20I player of the year vs cricketer of the year in the final of PSL 7. Shaheen Afridi and Mohammad Rizwan have been absolutely top-class for their teams throughout the tournament. While we all know they are quality players, their captaincy has been brilliant throughout the tournament as well. The captain who will execute plans and absorb more pressure will lead his side to a historic victory in the final in a battle of nerves.