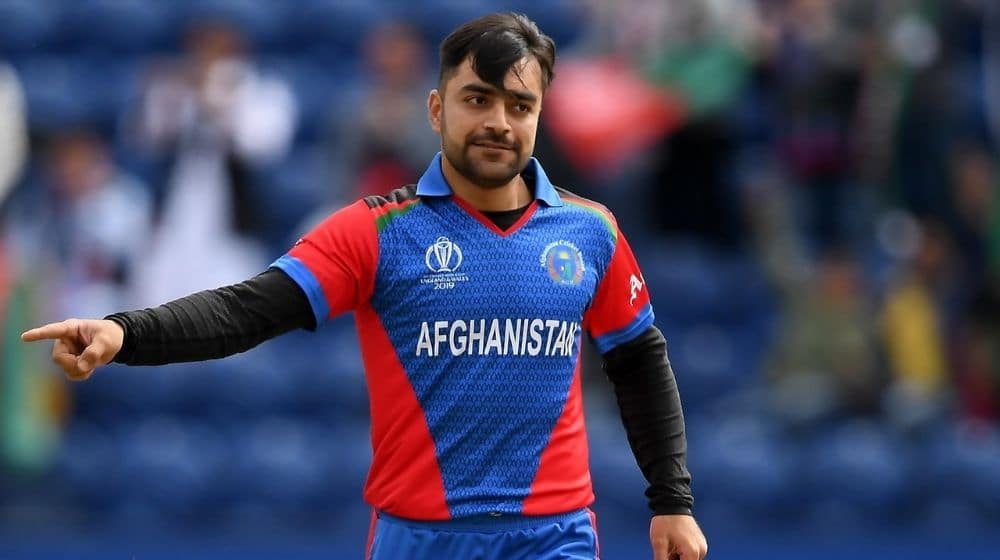 Afghanistan leg-spinner, Rashid Khan became the second quickest bowler in history to pick up 150 ODI wickets. Rashid achieved the feat during the third ODI between Afghanistan and Bangladesh.

The flamboyant leg-spinner picked up 3 wickets for 37 runs in his 10 overs to cross the 150-wicket mark in ODIs. Rashid took just 76 innings to achieve the landmark as he became the first player from Afghanistan to take 150 wickets. Despite a wonderful record in ODI cricket, Rashid could not break the record held by former Pakistan off-spinner and current national team head coach, Saqlain Mushtaq.

Saqlain still holds the record for the fastest to reach 150 ODI wickets. He took only 75 innings to cross the impressive landmark. Saqlain finished his career with 288 wickets at an average of 21.78 and an economy rate of 4.29 in 165 innings.

Rashid has an exceptional record as well. He has taken 151 wickets at an average of 18.68 and an economy rate of 4.15 in 76 innings. Rashid is followed by Australia’s left-arm pacer, Mitchell Starc who took 77 innings to achieve the feat.

Here are the 5 quickest bowlers to 150 ODI wickets: