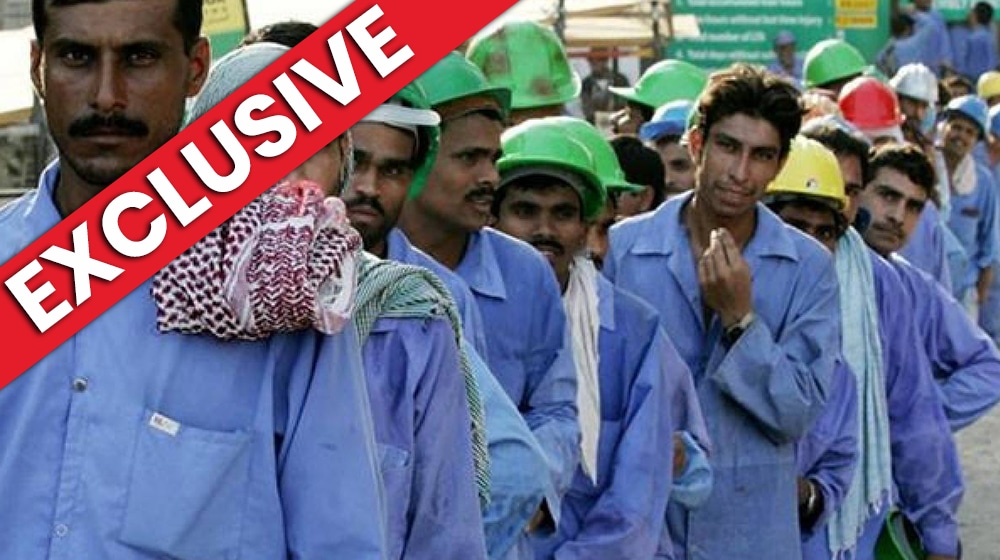 The government has decided to provide Rs. 0.3 million as interest-free loan to the prospective low Income Overseas Workers under the banner of the Kamyab Pakistan Program (KPP).

Reliable sources told ProPakistani that the Steering Committee of the Finance Division had approved a request by the Ministry of Overseas Pakistanis and Human Resource Development (OP&HRD) for the provision of interest-free loans to the prospective low-Income Overseas Workers.

Earlier, the Ministry of Overseas Pakistanis and Human Resource Development (OP&HRD) had asked the Steering Committee of the Finance Division to arrange for the provision of funds for the distribution of subsidized loans to the eligible intending emigrants.

In a meeting held at the Finance Division last month under the Finance Minister, the Secretary Ministry of OP&HRD in a presentation recommended the inclusion of the overseas Pakistani component under KPP based on their contribution to Pakistan’s economy through remittances and argued for providing interest-free loans to the low-income Pakistani workers for meeting their initial expenses on travel, lodging, etc.

Components under KPP will generate multiple benefits such as increasing the number of Pakistani workers abroad, encouraging the use of formal channels for remittances, reducing Poverty, and bridging the balance of payment gap. He gave the projected number of Beneficiaries for the financial year 2021-22 along with financial implications and also for the future years up to the year 2028. As per the projected figure

The introduction of the Overseas Workers component under the Kamyab Pakistan program (KPP) to provide interest-free loans to the prospective low-Income Overseas Workers was approved by the Steering Committee subject to the following observations; The loan amount would be Rs. 300, 000 per borrower, families up to a PMT score of 49 will be covered, wholesale lending model of KPP as earlier approved by the Cabinet will be followed, and the loans will be disbursed through MFIs under the wholesale lending model. The detailed eligibility criteria for the borrowers will be worked out by the Ministry of Overseas Pakistanis and Human Resource Development (OP&HRD).

The committee further said that the financial projections indicating Markup Subsidy and expected less ratio as approved by the Cabinet vide its decision No. 931/32/2021 dated 28.09.2021 for the KPP shall remain the same, and the Overseas Workers component will be accommodated from within the existing approved projections.

However, the measure will change the existing number of borrowers for the Kamyab Karobar component of KPP, and therefore, the projections associated with the Kamyab Karobar component to make provisions for the Overseas Workers component while remaining within the overall subsidy and expected credit loss projections of the program.
Based on the recommendation of the Steering Committee the Ministry of Finance will submit a summary for the ECC of the Cabinet for approval.