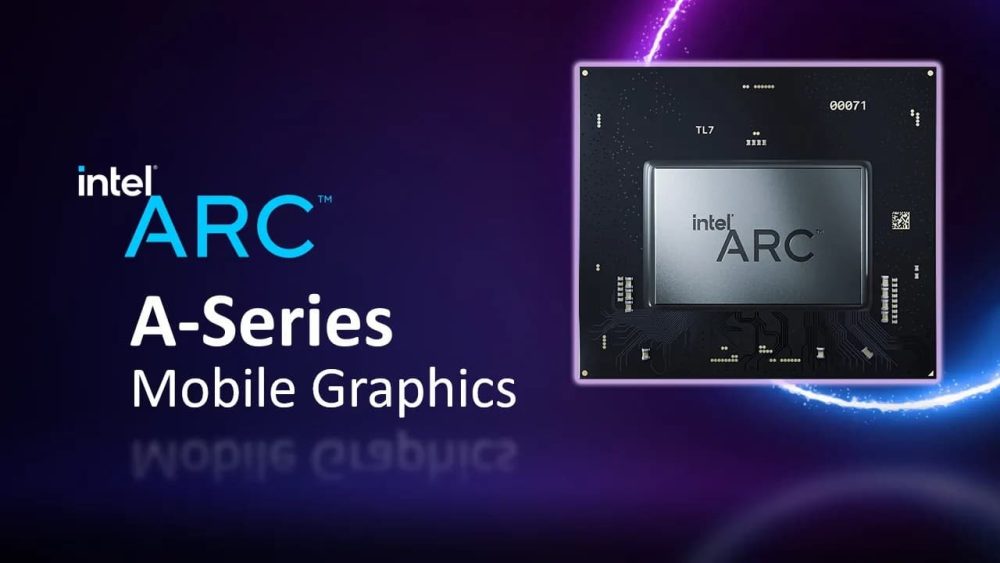 Intel has finally announced the first wave of its long-awaited Arc series of gaming GPUs. These discrete graphics cards are based on Intel’s new Xe HPG architecture and the first batch is rolling out for laptops with desktop and workstation versions arriving later this year.

Intel’s new Arc A series of mobile GPUs is split into Arc 3, Arc 5, and Arc 7 graphics cards. The Arc 3 series is meant for entry-level systems and it includes two models, namely the A350M and A370M, which are based on the smaller ACM-G11 die. 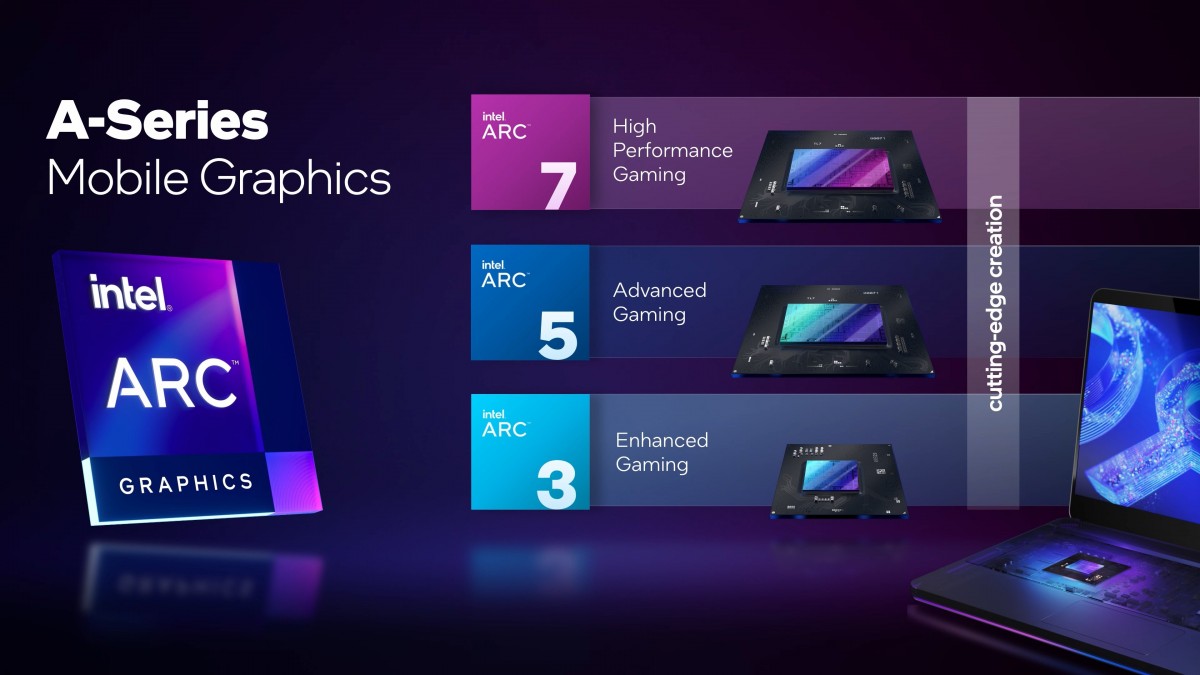 The Arc 5 and Arc 7 series GPUs will be based on the larger ACM-G10 die, but those will roll out later during the year in early summer. The image below shows the specifications for each model in the series. 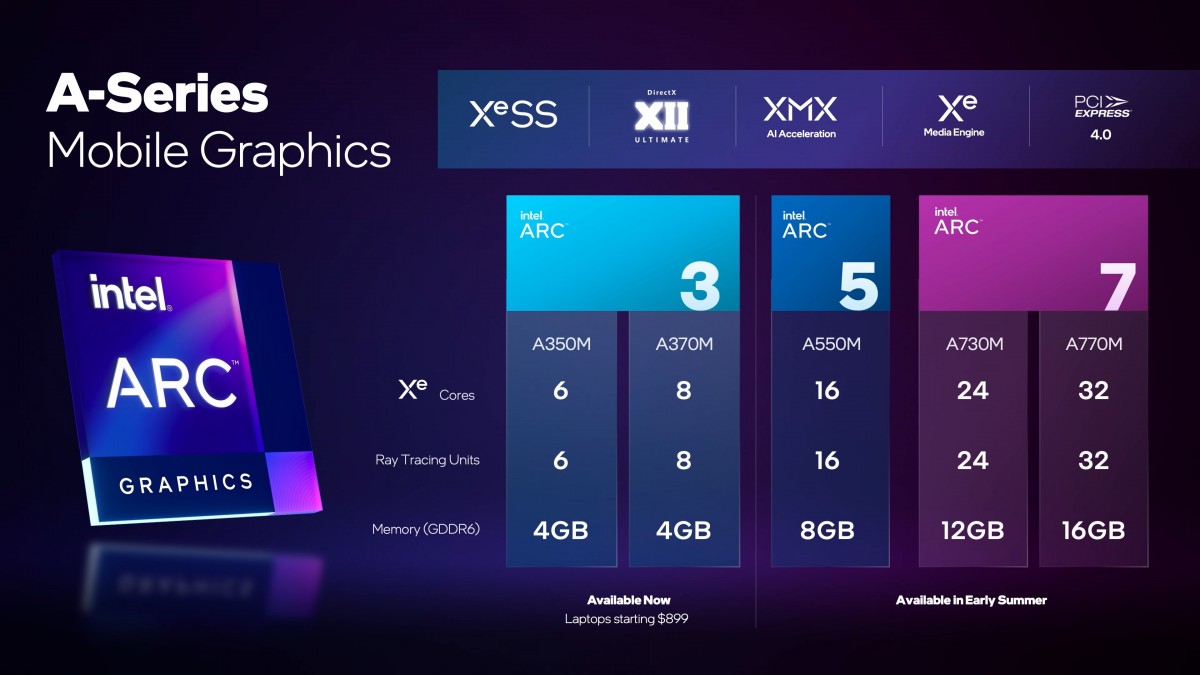 Intel is targeting 1080p 60FPS gaming with the Arc 3 series. According to the chipmaker, the Arc A370M working with the Core i7-12700H should be able to achieve 60 FPS in several AAA titles and more than 90 FPS in esports titles. 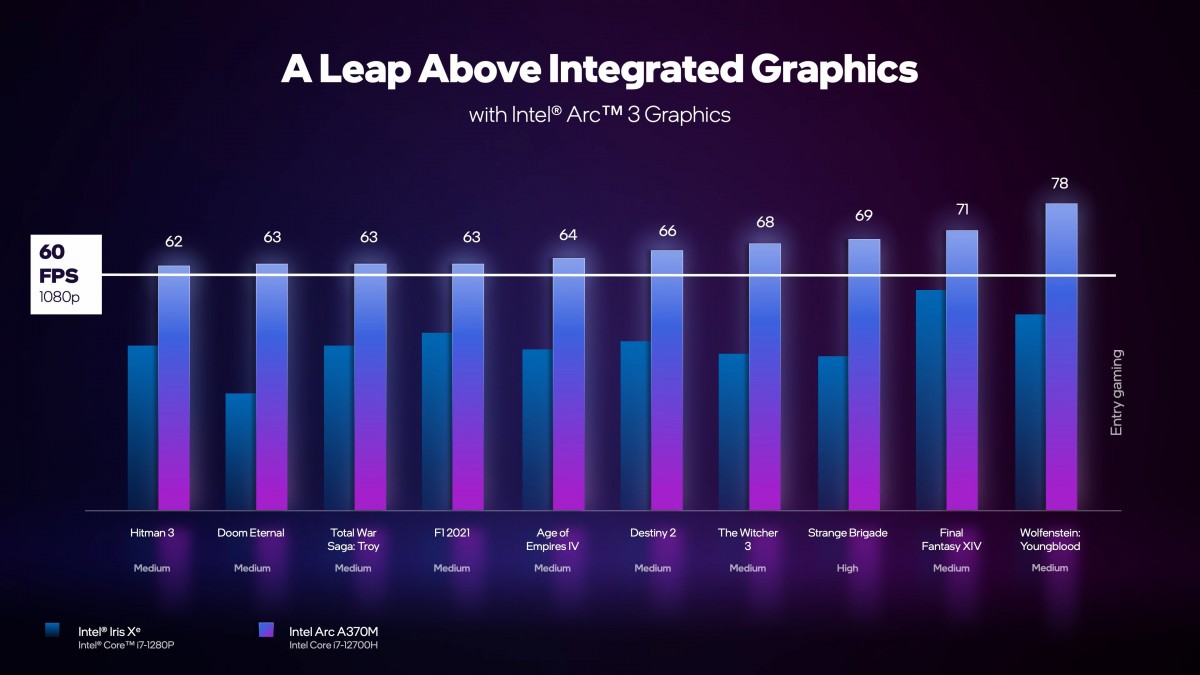 The Arc GPUs are also powered with several AI features through the XMX AI engine. This enables features such as XeSS, which is Intel’s version of Nvidia’s DLSS. The graphics cards will bring loads of other software features as well such as Deep Link. This will allow the GPU to share resources with the CPU for even better performance. 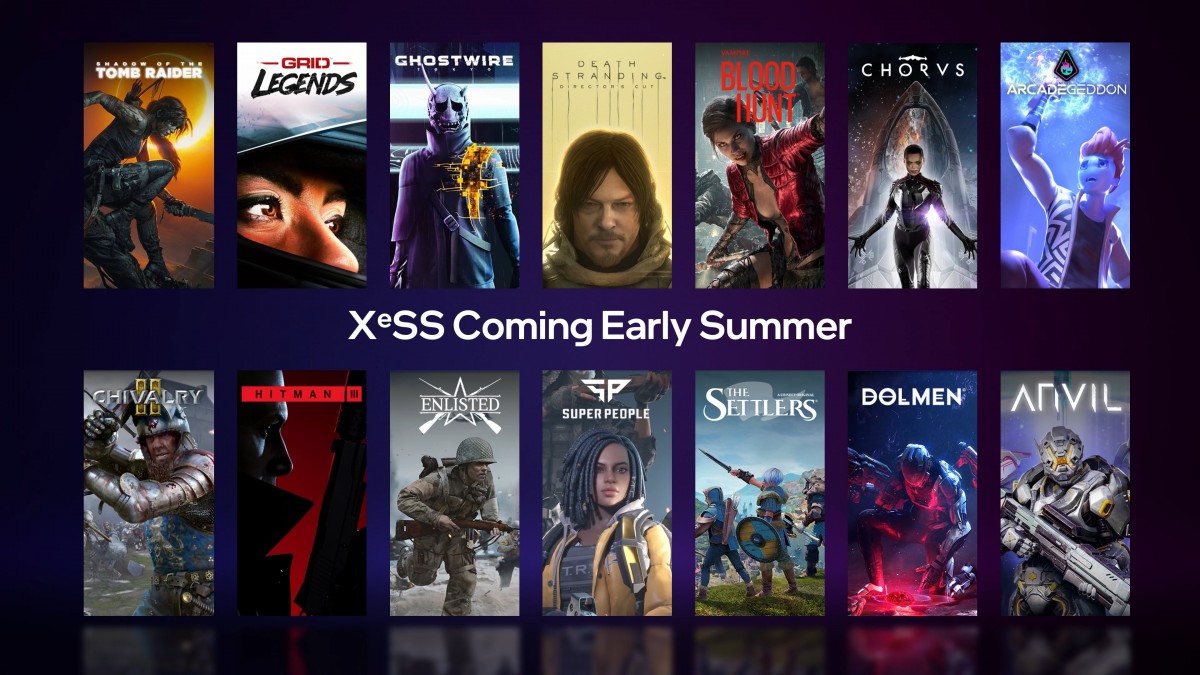 Dynamic Power Share will efficiently adjust power between the CPU and GPU where it’s needed more. Hyper Encode and Hyper Compute will accelerate AI tasks and encoding tasks by a significant amount.

Moreover, the Arc A series is the first in the world to support hardware-accelerated AV1 coding, making it easier to consume and create content based on the modern AV1 codec.

The Intel Arc A Series 3 will debut on upcoming laptops such as the Samsung Galaxy Book2 Pro and other brands including Asus, Lenovo, HP, Acer, and more. 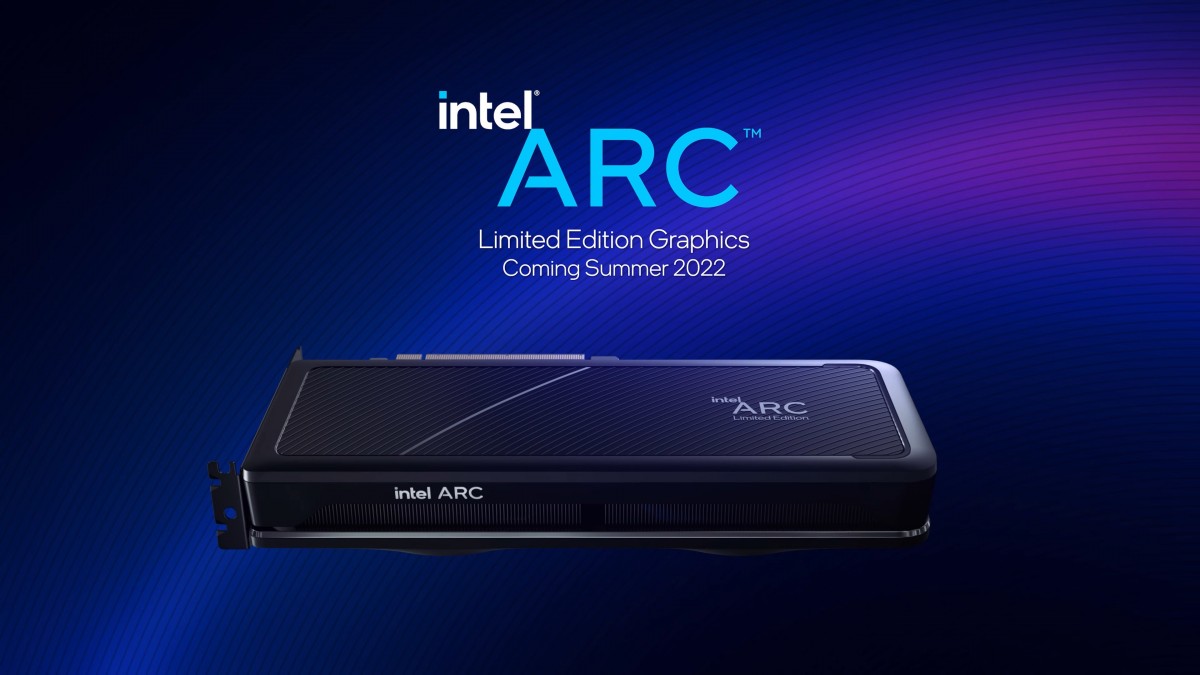 Intel also teased its upcoming desktop GPUs during the announcement. The image confirms the design and form factor for the limited Founders Edition though there will also be other designs from AIB partners.

The company shared no further details on its desktop GPUs.