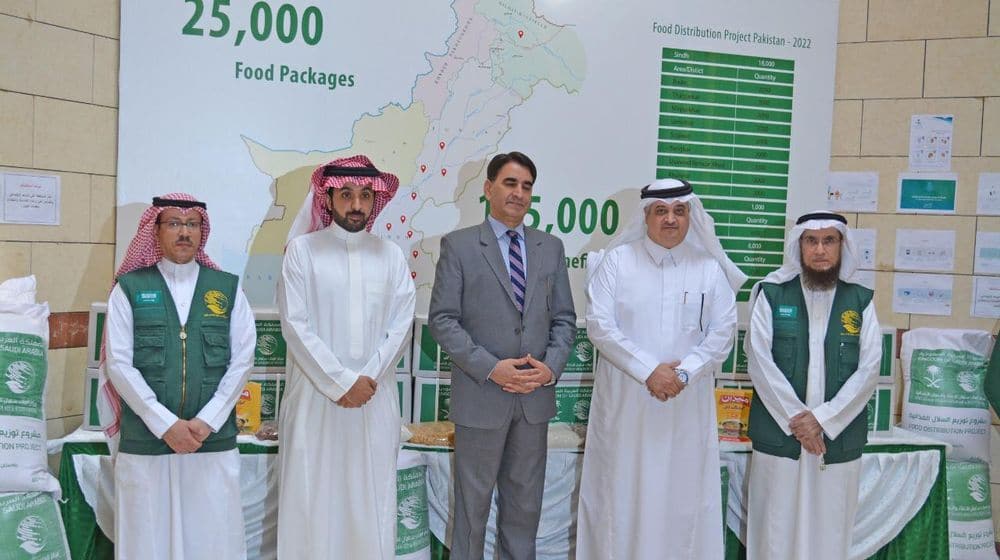 The King Salman Humanitarian Aid and Relief (KSRelief) Centre has launched a project in collaboration with the National Disaster Management Authority (NDMA) to support food security by distributing 75,000 packages of food all over Pakistan in three phases.

The Saudi Embassy in Islamabad announced the commencement of the project implemented by the KSRelief Center under the umbrella of humanitarian projects by the Kingdom of Saudi Arabia. It is aimed at assisting needy families and achieving food security for the underprivileged groups in Pakistan. Around 175,000 people will be selected with the help of the local governments to benefit from it.

The second phase will start in July and 25,000 food packages will be distributed in Khyber Pakhtunkhwa, and the third phase will commence in October to aid in food crises and needs across the country.