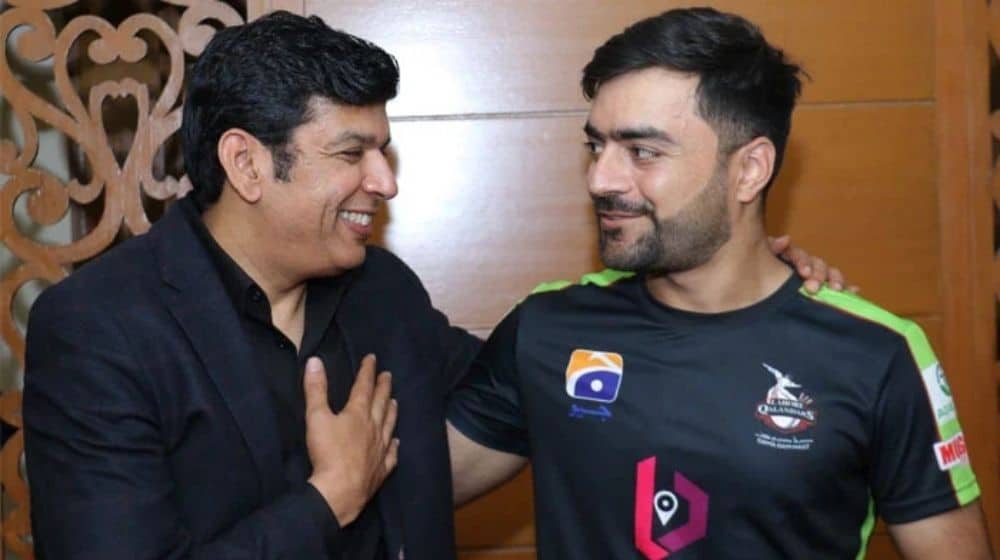 Lahore Qalandars Chief Operating Officer, Sameen Rana, has said that other franchises of the Pakistan Super League had approached Rashid Khan and offered him more but he opted to play for the Qalandars.

Sameen said, “Rashid Khan is a family member and with him, we don’t have just a cricketing relationship. Rashid was approached by some other teams who used Pathan and Afghanistan references and tried everything to get him out of Lahore Qalandars. Our main players have been approached by other teams and offered a lot but I think this is not very professional and I advise other teams to focus on their team-building rather than trying to break other teams.”

The Qalandars COO further said that every franchise should build its own relationship with players by giving them respect. He said that despite having a hard time himself as people criticized him, he did not give players a tough time.

“You have to do relation-building with players so they play to the best of their ability. My aim has always been to give respect to players and when we lose, often I had been under criticism that I don’t manage players properly and I don’t give them a tough time because there is a concept that if you have paid someone, we have the right to criticize them fiercely but my training tells me that if someone scored 100 and the other scored zero, that doesn’t make them a good or a bad human being.”

While speaking about the dressing room environment, Sameen said that franchises hire players as professionals and it is not a good way to shout at them when they fail to perform they all know their skills very well.