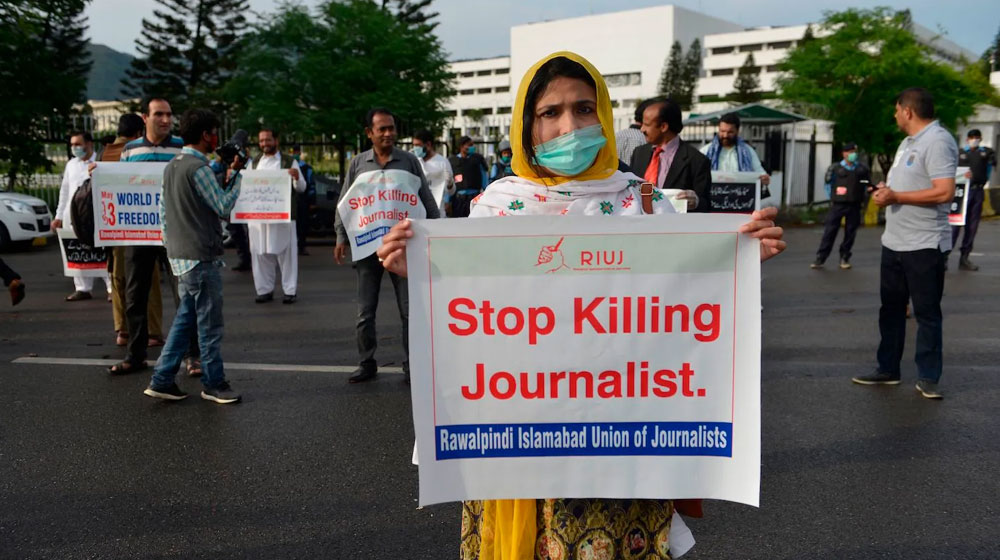 The report released by RSF in commemoration of the World Press Freedom Day said that Pakistan has dropped by 12 places to 157 out of 180 countries. In 2021, Pakistan was ranked 145 on the list of the Paris-based media watchdog.

According to the official website, the World Press Freedom Index assesses the state of journalism in 180 countries and territories and highlights the disastrous effects of news and information chaos – the effects of a globalized and unregulated online information space that encourages fake news and propaganda.

Meanwhile, the Council of Pakistan Newspaper Editors (CPNE) expressed concern about the worsening press freedom in the country.

CPNE President, Kazim Khan, said that one can disagree with the editorial policy, however, no one can impose their decision on an institution.

Karachi Press Club President, Fazil Jamili, also said that freedom of expression can only be protected by putting personal interests above everything.