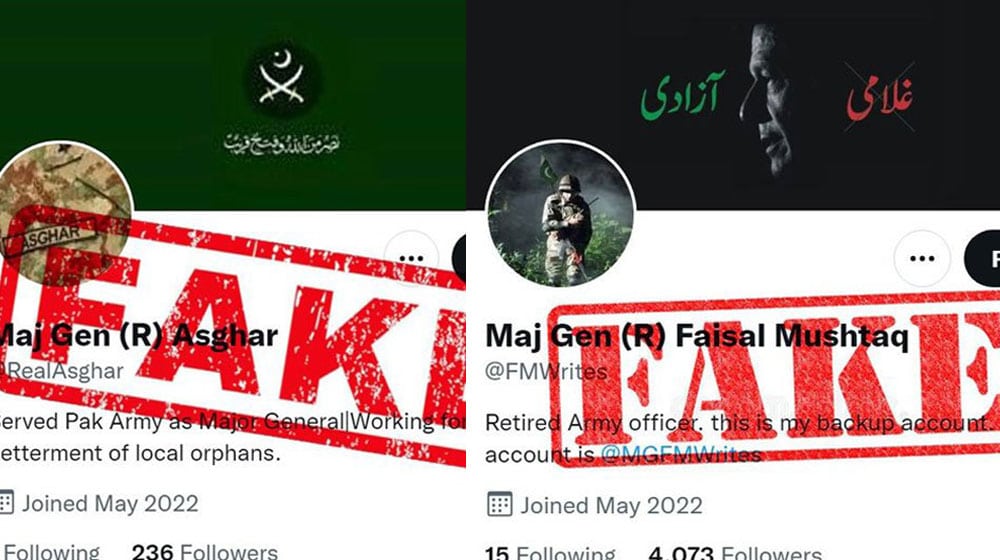 The Federal Investigation Agency (FIA) has arrested those running fake accounts in the name of the Pakistan Army, and initiated legal action against them.

Reports suggest that those handling these accounts belong to a political party.

As per reports, the army had taken up the matter with the FIA as controversial political statements were being made from these accounts, giving an impression that the army rank and file supported a particular party. 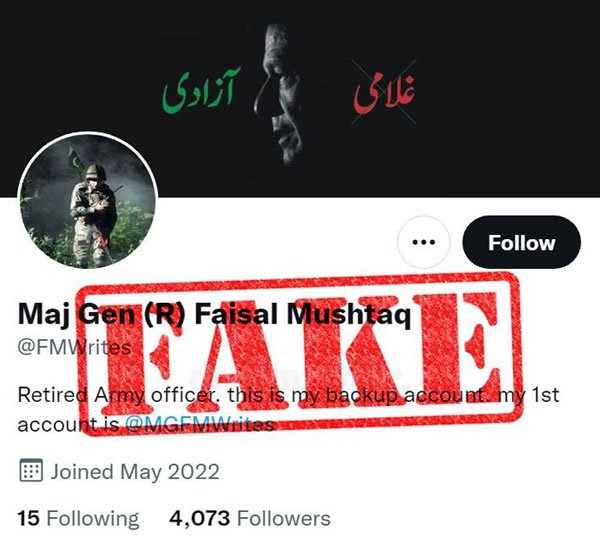 Reports suggest that PTA has blocked both the fake accounts and legal action is being initiated against the operators. 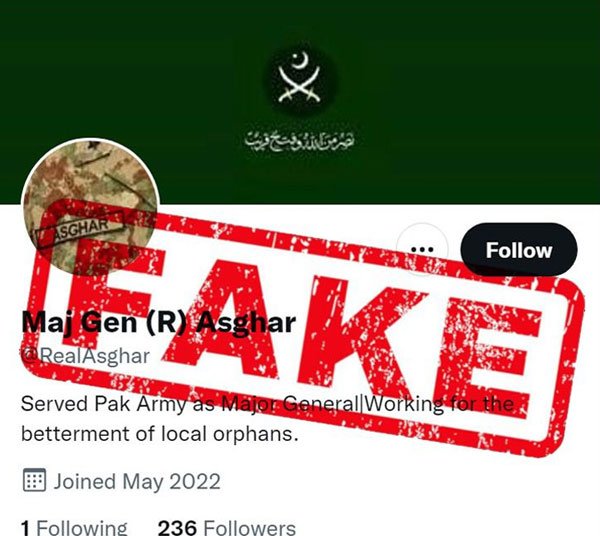 Last month, the FIA arrested seven members of a network for launching a Twitter trend against the Pakistan Army in the wake of recent political developments in the country. 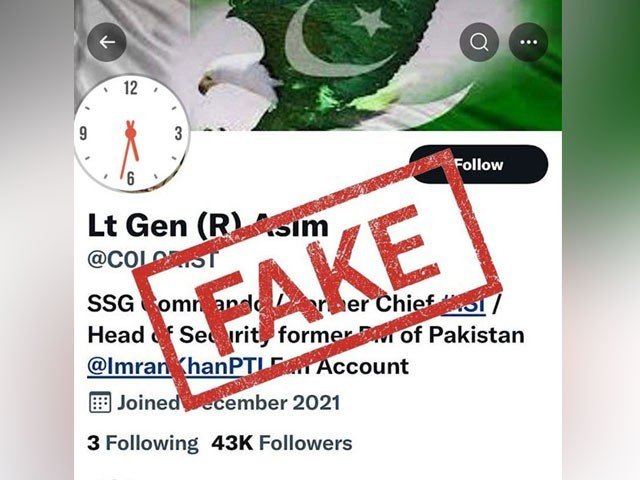 Two of the accused were arrested from Islamabad and one each from Lahore, Multan, Karachi, and Faisalabad.