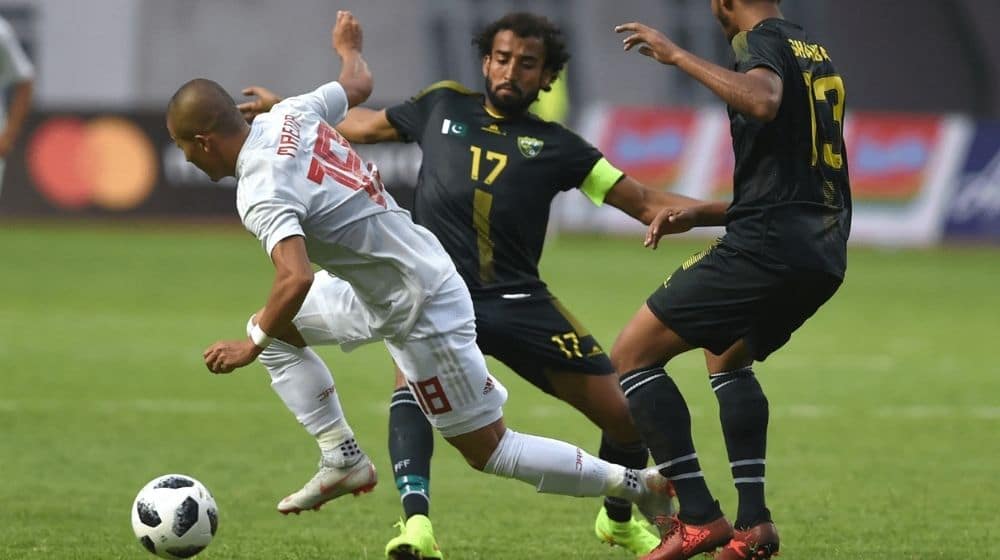 Pakistan’s football star, Saddam Hussain, broke down into tears in his recent interview while reflecting on the chaotic situation of the sport in Pakistan. Saddam Hussain could not hide his grief as he talked about the impact of the current situation on young players.

Saddam Hussain was asked about the extent of talent Pakistan has to offer in the field of football. The soccer player revealed that the young generation has talent and passion for football despite a lack of grooming and support. Saddam claimed that there is matchless talent in Pakistan from Lyari to Malir, Gilgit to Chitral, Lahore to Islamabad, and every other region.

Further talking about the young players, Saddam Hussain could not hold his emotions. He said that he witnessed unparalleled passion among young footballers during his visit to different clubs irrespective of the current situation. Saddam told that it breaks his heart to see them fighting a lost battle. They are keeping up the hope although they know that Pakistan has no future in football at both domestic and international levels.

Pakistan NT star Saddam Hussain reduced to tears as he discussed the never ending plight of Pakistani footballers. The ongoing political turmoil in Pak football & resulting FIFA ban on Pakistan since April 2021 is ruining their careers due to no competitive local & int football. pic.twitter.com/81JsNW3ckW

In the end, Saddam Hussain urged authorities to pay attention to the matter to help lift the ban on Pakistan Football Federation so that the young players can exhibit their skills on the international level and make Pakistan proud.