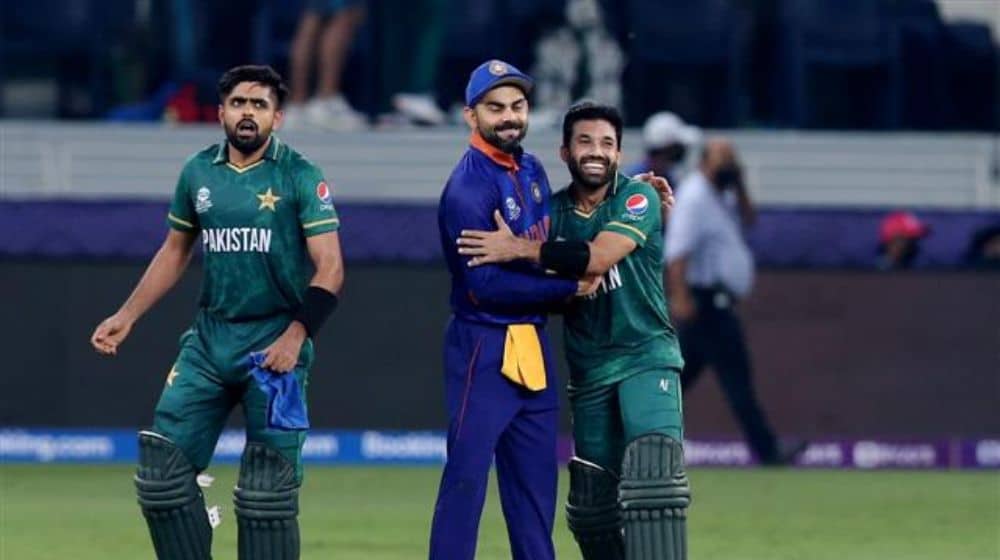 Star cricketers from Pakistan and India are set to play in the same team in the Afro-Asian Cup, which is likely to be scheduled in mid-2023 with the goal of improving the cricketing relationships between the two countries.

According to the media reports, the likes of the Babar Azam, Mohammad Rizwan, Shaheen Shah, Virat Kohli, and Rohit Sharma could be playing for the same team.

Political differences between neighboring countries have had a significant impact on cricket, as they only face each other in mega-events. Pakistan and India last played a bilateral series in 2012-13.

In addition, since 2008, no Pakistani cricketer has participated in the Indian Premier League, and no Indian cricketers have competed in the Pakistan Super League.

It is pertinent to mention here that players from both the countries had featured in the same team in the Afro-Asia Cup which was played in 2005 and 2007.

Back in the mid-2000s, Pakistan’s Shoaib Akhtar and Shahid Afridi shared the field with India’s Virender Sehwag and Rahul Dravid, while the African XI included players from South Africa, Zimbabwe, and Kenya.

During the upcoming ICC Annual General Meeting,  the Afro-Asian Cup, along with other initiatives will be brought under discussion.

Earlier this year, Pakistan’s Rizwan and India’s Pujara played for Sussex in the County Championship 2022 where the prolific batters also piled up 154 runs together against Durham.