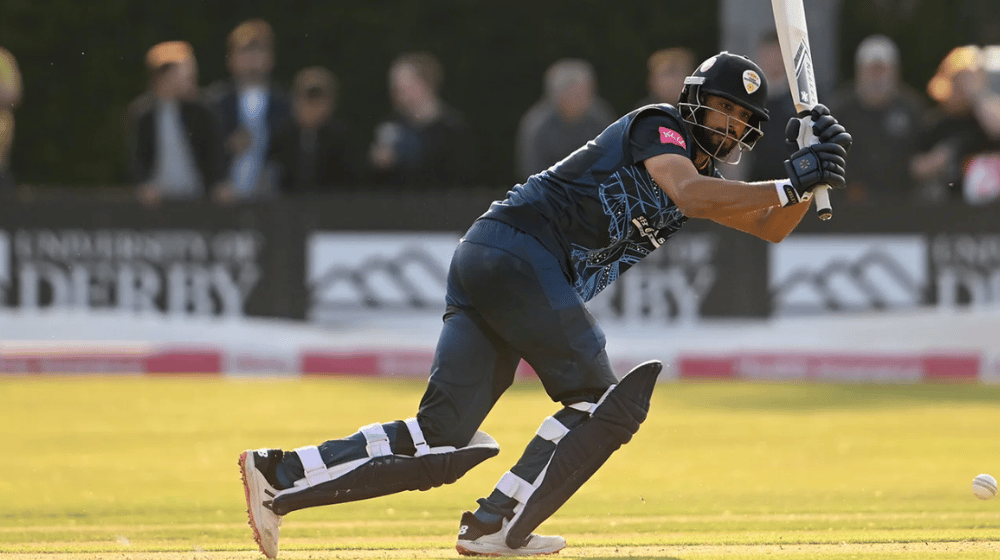 Pakistan’s stylish opening batter, Shan Masood, has been in an exquisite run of form in all formats over the past year. Shan has scored heavily in all three formats of the game and his form in limited-overs cricket has been remarkable.

Once regarded as a pure Test batter, Shan has responded to his critics by completely transforming his game. Shan’s incredible run in the limited-overs format is backed up by the fact that he has the highest average in the world in List-A cricket among currently active cricketers, ahead of the likes of Babar Azam and Virat Kohli.

Here are the top five active cricketers with the highest List-A average:

The 32-year-old is currently captaining Derbyshire in the T20 Blast in England. He is the second-highest run-scorer in the tournament, having scored 443 runs at an average of 47.00 and a strike rate of 139.60 in 11 innings. He is also leading the charts for the highest run-scorers in County Championship as well.