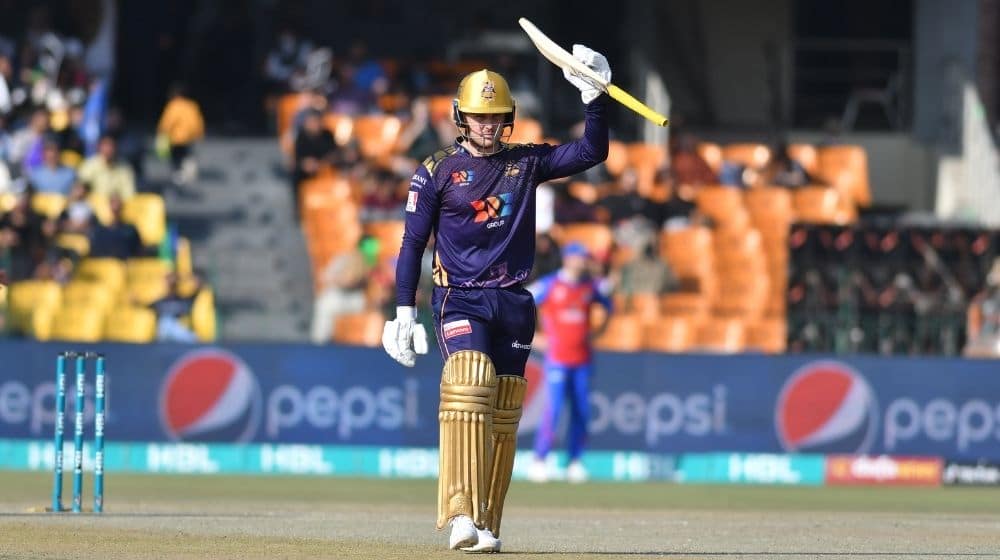 England’s opening batter, Jason Roy, has spoken out about his experience in Pakistan Super League Season 7, stating that he did not feel at ease because things were not going well mentally for him.

while speaking to Yorkshire Post, Roy said, “Things mentally weren’t right with me at the PSL. I was in a weird place because I was playing good cricket but I wasn’t enjoying myself, I wasn’t happy and it was just a dark time.”

This year, the England opener played for the Quetta Gladiators and had a fantastic season, scoring 303 runs in just six games at an impressive average of 50.5, and a strike rate of 170.22.

Roy, who is an integral part of England’s white-ball team, recalled the difficult time by saying that he was out of the country for months and spent nearly two months in quarantine which was simply a difficult time.

“There were a lot of months away. Over 50 days of hotel quarantine the year before and then having a child in January and having to spend time away from him was just a bit too much.”

When asked why he skipped the money-rich franchise cricket, the opener said, “I missed the IPL to spend some time at home and it has refreshed my mind and body, and I recognized where I was at with a lot of things.”

Roy was picked by the Gujarat Titans this year, but he declined to play in the IPL due to bio-bubble fatigue, which he claims allowed him to refresh his mind and body.

“So, it is nice to be here now and I’m chomping at the bit to put the badge back on. It’s the same for Surrey. I’ve loved every minute of that. It’s a nice feeling to be in love with the game again,” he concluded.