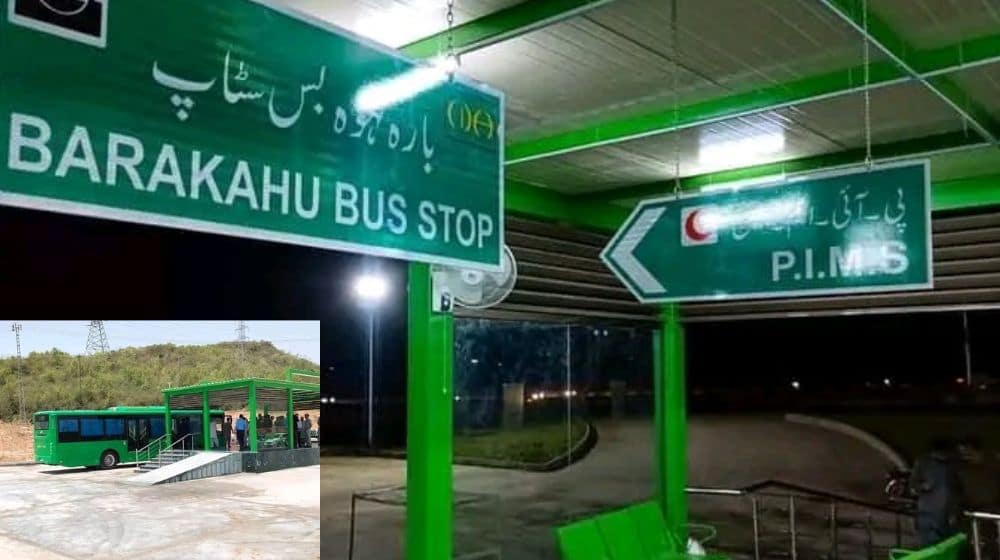 The Capital Development Authority (CDA) has completed the construction of the terminal bus stop of Green Line Metro Bus Service in the Bhara Kahu area of Islamabad.

Speaking in this regard, the Director of CDA’s Metro Bus Service Wing, Nauman Sheikh, said that the move is part of CDA’s efforts to improve the public transport infrastructure of the federal capital.

The development indicates that the Green Line Metro is ready to start operations. The Green Line Bus will operate from Bara Kahu to PIMS Metro Bus Station.

In between the terminal stations, the Green Line Bus will pass through Malpur, Lake View Park, Dhokri Chowk, Sports Complex/Aabpara, and Zero Point.

Earlier this month, CDA confirmed that Green Line and Blue Line metro bus services will start operations within a month and a half. Proper bus stations on the routes will be constructed in three months.

Both bus services will ply on regular roads in mixed traffic till the construction of dedicated routes. Reports suggest that CDA is considering charging Rs. 50 for a one-way ticket for both bus services.