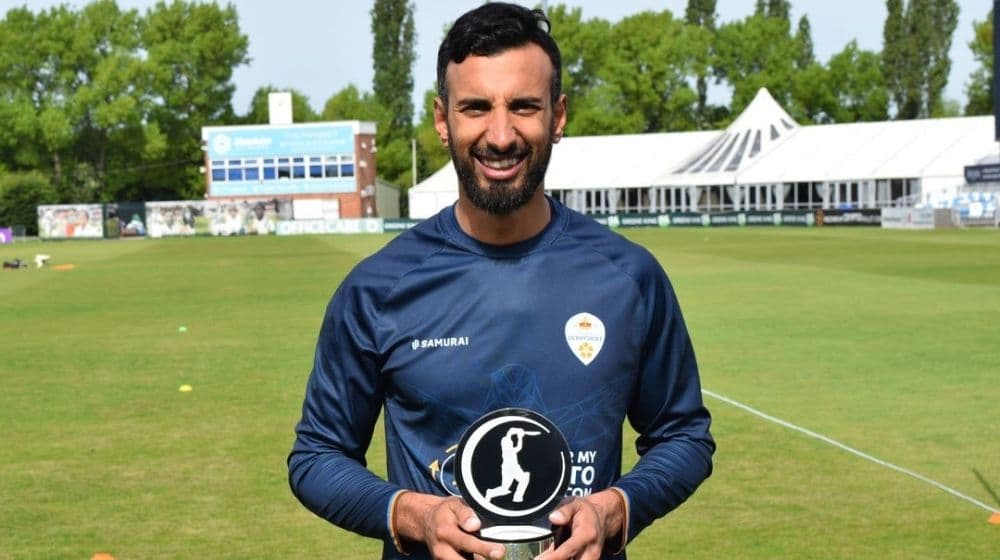 Shan, who is currently playing for Derbyshire in the ongoing County Championship, put on an incredible performance for his team in June, scoring 649 runs and winning three Match MVP awards.

Shan expressed his delight, saying that consistency is the most important requirement in cricket.

“The most important requirement of the game is consistency, The game is fast and is evolving. People pick up on opposition and they catch you out so there is no time to fall asleep so you always have to evolve.”

“To back up my early season form and to win the award again shows the levels of consistency,” he added.

Masood has been outstanding in the ongoing County Championship, leading the competition’s two divisions with 1,074 runs at an average of 82.74, including three centuries and four fifties.

It is pertinent to mention that the 32-year-old will be joining the national squad for the two-match Test series against Sri Lanka, however, he may have to sit out because of the in-form opening duo of Abdullah Shafique and Imam-ul-Haq.

He was included in the Test squad for the Australia series earlier this year but did not manage to make his way to the playing XI as Imam and Abdullah Shafique were in supreme form.