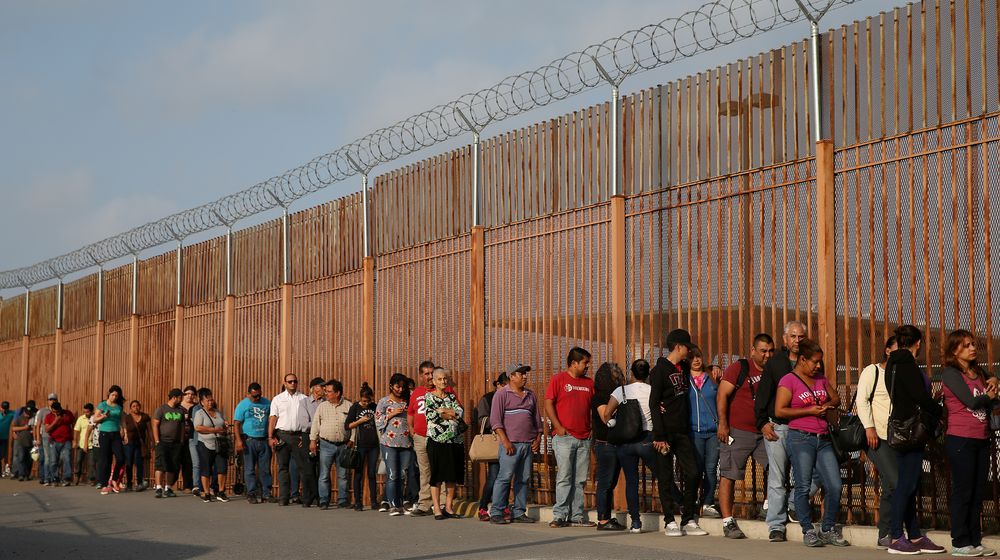 Bosnia and Herzegovina (BiH) deported two migrants to Pakistan on Sunday in accordance with the bilateral Readmission Agreement that the two countries had signed in 2020.

The Spokesperson for Bosnia’s Ministry of Security, Adnan Malagic, stated that “the first group of two Pakistani individuals was deported on Sunday”.

The authorities deported the first group of Pakistani migrants from the capital, Sarajevo, to Islamabad on a commercial flight, and described the deportation as “only a test phase for bigger groups”.

Malagic explained, “Commercial flights rules say that only two persons per flight can be deported, so we are counting in the future on having charter flights for bigger groups”.

The Ministry of Security is responsible for the implementation of a Readmission Agreement signed in November 2020, and BiH is now the first Western Balkan country to deport migrants without residence permits. The agreement authorizes the Bosnian Ministry of Security and Pakistan’s Ministry of Interior to receive, submit, and process readmissions.

The Bosnian Ministry of Security had recorded 9,329 migrants and refugees entering Bosnia this July.

As per the International Organization for Migration (IOM), which manages Temporary Reception Centers in Bosnia, 2,133 out of 9,329 migrants were in camps, with Pakistanis accounting for 13 percent of the camp inmates. However, the issue of Pakistani migrants has caused friction between the two countries.

Bosnia’s former Minister for Security, Fahrudin Radoncic, had accused Islamabad in April 2020 of refusing to cooperate with Sarajevo on the issue of illegal migration.

The conflict emerged when he directed Bosnia’s Service for Foreigners’ Affairs (SFA) to make a list of 9,000-10,000 unlawful migrants to be deported, except the refugees from war-torn Syria. Radoncic had claimed that approximately 3,000 illegal Pakistani migrants were also in this number and that the Pakistani embassy in Bosnia was not cooperating in identifying them.

Resultantly, he had pushed for the Pakistani Ambassador to Sarajevo to be declared as ‘persona non grata’ (a person who is unwelcome).

Radoncic resigned in early June after failing to get the support of either State Presidency Chairman, Sefik Dzaferovic, or Foreign Minister, Bisera Turkovic.