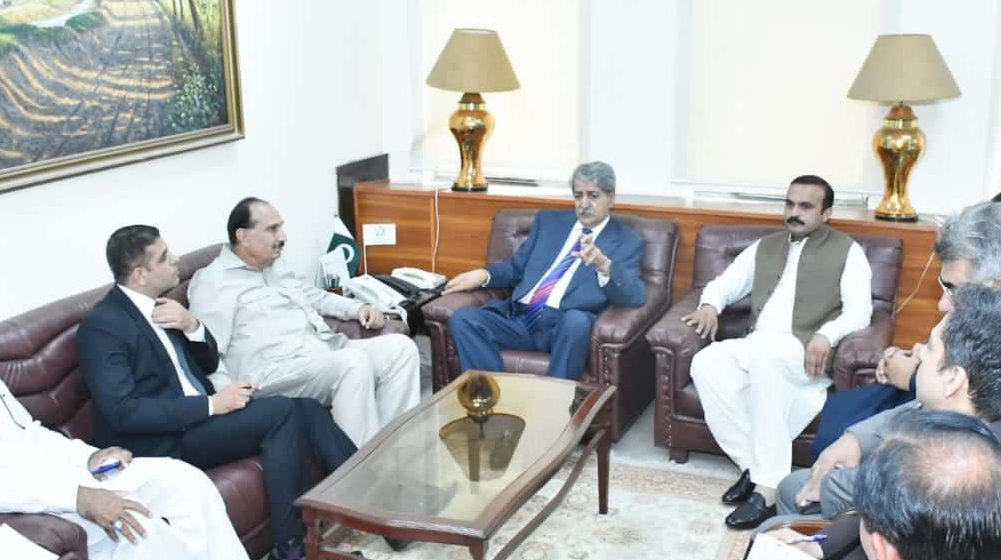 Federal Minister for Commerce Syed Naveed Qamar on Thursday expressed the resolve to overcome problems faced by the business community and assured the government’s full support in this regard.

The minister assured to overcome problems faced by small chambers, especially the issue of their memberships. He said that the government believes in facilitating the business community through its business-friendly policies.

Mandi Bahauddin Chamber of Commerce & Industry delegation was led by its president Syed Haider Raza Naqvi while the delegation included Vice President Mian Zahid Jameel Patiala, Executive Members Capt (r) Taimur, Hanif Shahid Gujjar, and others. The delegation suggested the minister to provide extra incentives over increased exports that are above the average for the last year.

During its meeting, the delegation apprised the minister of the problems faced by small chambers of the country. Points to improve the quantum of trade with the neighboring countries of Iran and Afghanistan also came under discussion.

The delegation during its meeting highlighted the issue of tax relief to the areas of FATA and PATA but said that they should be bound to sell their products in their area and not in settled areas.

The delegation requested the minister for fund allocation for the R&D sector for HCCI, upon which the minister referred the issue to the Export Development Fund (EDF).

Representative of Gujranwala Chamber of Commerce & Industry, Ali Hamayun Butt, along with executives of the chamber also called on the minister and discussed issues related to import margin on scrap.