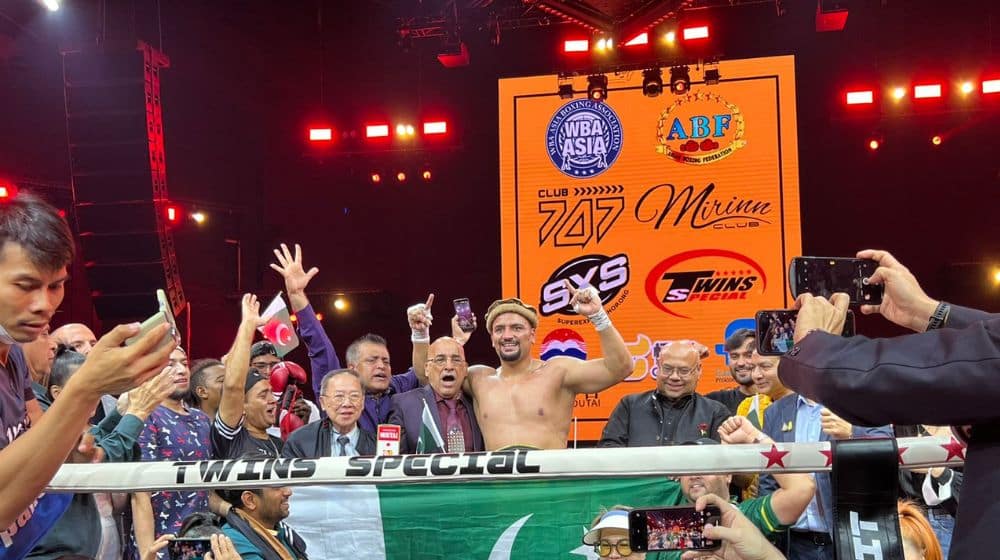 Taimur Khan, who is unbeaten in six fights, knocked out the Indian boxer in the fourth round and is also determined to win the World title.

Shaheer Afridi, hailing from Sindh Police, and a member of the Pakistani contingent, maintained his superiority throughout the match and knocked out his opponent, Israr Usmani, in the first round.

It is worth noting that Afridi, who is known as the Markhor and works for the Sindh Police Rapid Response Force, has played in six matches for Pakistan, winning five and drawing one.

Speaking to the media, Kaleem Azad, Secretary of Pakistan Boxing Council, heaped praise on the country’s boxers and hinted at planning a hero’s welcome for the three athletes who represented Pakistan with honor.