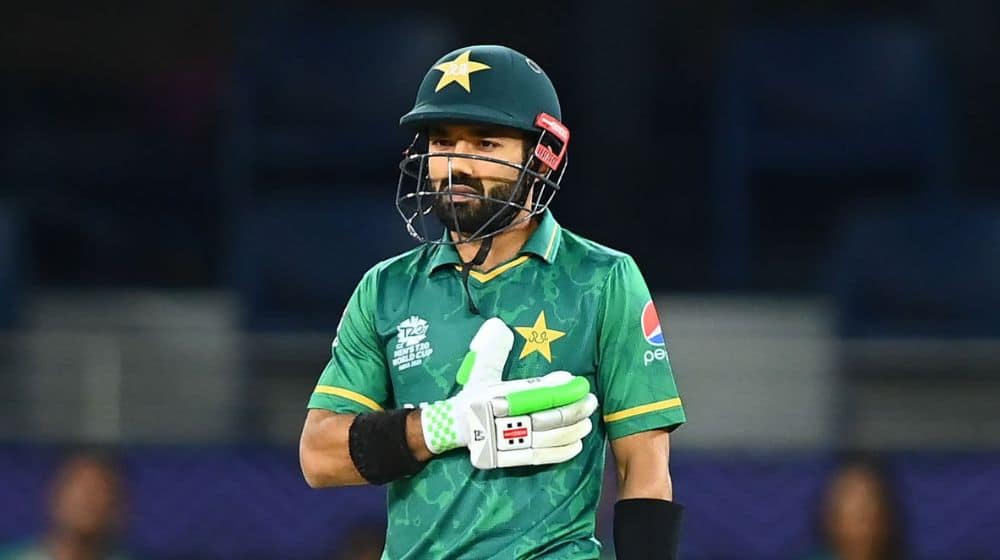 Pakistan’s star wicket-keeper batter, Mohammad Rizwan, sent an important message to the people while speaking on Twitter Spaces on the occasion of the 75th Independence Day of Pakistan. Rizwan requested his fans to self-reflect before criticizing the politicians for their wrongdoings.

The 30-year-old stated that the people should be sincere to themselves and the country first before calling out the politicians. He stated that as a nation, Pakistan needs to move forward and be faithful to their country while every citizen needs to amend their lifestyle before questioning others.

We should look at ourselves first and what we’re doing instead of looking towards our prime minister, MNAs, and MPAs. We need to make ourselves better.

The Test team vice-captain also congratulated Pakistani athletes who made the country proud during the recently concluded 2022 Commonwealth Games in Birmingham. He said that the likes of Arshad Nadeem, Nooh Dastagir Butt, and other medal winners overcame the odds and performed for their country and congratulated them on an outstanding achievement.

Rizwan is currently with the national side on their tour of the Netherlands. The Men in Green will play a three-match ODI series, set to commence on 16 August at Rotterdam, as part of the ICC ODI World Cup Super League schedule.