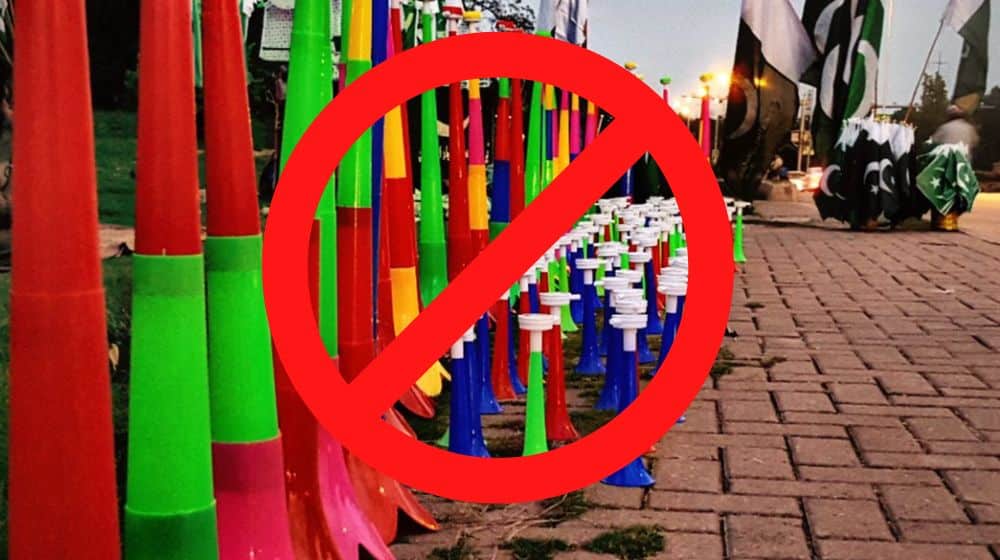 The nation celebrated the Diamond Jubilee of Pakistan’s independence day with traditional zeal and fervor. Citizens blowing horns (vuvuzelas) thronged public places all over the country to show their love for their homeland.

However, a citizen irked by the incessant use of horns on 14 August filed a petition in the Lahore High Court (LHC) earlier today, seeking a ban on the sale and use of horns in public.

According to details, the petitioner, identified as Muneeb Tariq, contended that citizens should be banned from blowing horns at national events.

However, a single-member bench of LHC consisting of Justice Shahid Waheed dismissed the petition, observing that Independence Day has passed and therefore, the case has become ineffective.

It must be noted here that the use of horns has apparently become an indispensable part of the celebrations of Independence Day, which increases noise pollution unnecessarily.

Like every year, as soon as the clock hit midnight on 14 August, kids and adults alike took to the streets and continuously blew horns of different sizes to express their happiness on Independence Day.

Besides the noise pollution due to horns, fireworks also disrupted the peace on the night of 14 August, causing the noise and air pollution to increase all over the country.

Earlier this year in March, the Pakistan Cricket Board (PCB) banned fans from bringing horns into the stadium for the Pakistan-Australia white-ball series.

The decision was taken after players from both teams and match officials complained to the PCB, arguing that the noise of horns makes it difficult to communicate and maintain focus during the match.

During the Test series, Australian captain, Pat Cummins, had also expressed serious displeasure over the use of horns by the fans. The Kangaroos’ skipper had said that Pakistani fans are incredible but the horns are loud and annoying.