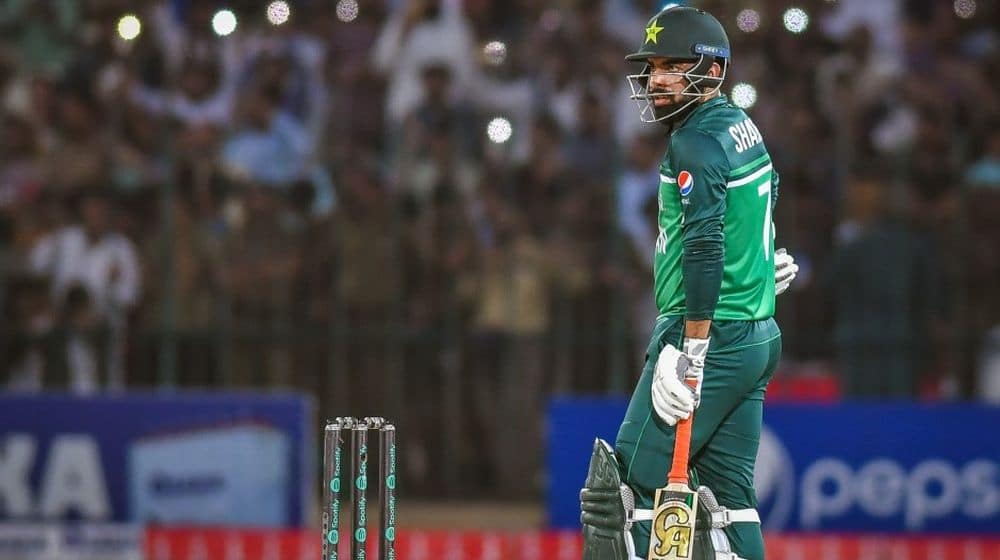 Former Pakistan captain, Mohammad Hafeez, has backed the decision to send Shadab Khan to bat at number 6 in ODIs, claiming that his bowling abilities and batting at number 6 can help Pakistan in white-ball cricket.

Shadab Khan batted at number six in the first ODI against the Netherlands, which the Men in Green won by 16 runs, and it worked in the team’s favor as he scored 48 runs off just 28 balls.

On his Twitter, Hafeez wrote, “Good to see Shadab Khan batting at no6 in ODI. By promoting him at number 6 and with his bowling skills, he can play a massive role in ODI cricket for Pakistan. Well done Saqlain Mushtaq.”

Good to see @76Shadabkhan batting at no6 in ODI. By promoting him at no6 & with his bowling skills he can play massive role in ODI cricket for Pakistan. Well done @Saqlain_Mushtaq ✅

It is worth mentioning that Pakistan has a lot of white-ball cricket coming up in the next six months and if Shadab performs well while batting in the middle or lower-middle order, it will benefit the side.

His stats in the Pakistan Super League, where he batted at number four and scored 268 runs in eight innings at an average of 34, show that he should be tested in the middle to bolster the batting line in white ball cricket.