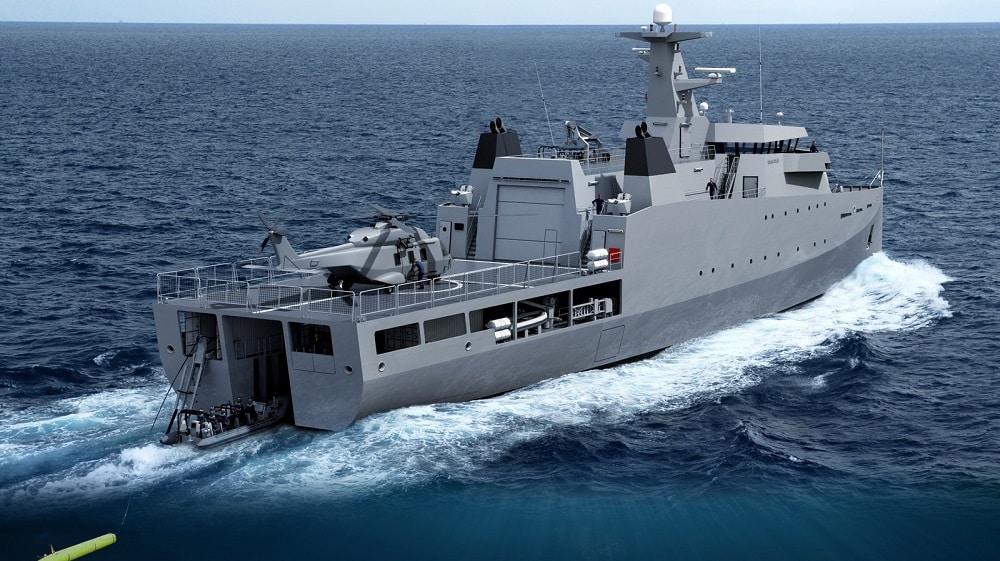 Damen Group, a Netherlands-based defense, shipbuilding, and engineering conglomerate, has revealed more details about the Offshore Patrol Vessels (OPVs) being developed for the Pakistan Navy.

OPVs are multipurpose and highly adaptive naval platforms. They are equipped with state-of-the-art electronic warfare, anti-ship, anti-air weapons/sensors along with modern self-protection and terminal defense systems.

Speaking to an international news outlet, a spokesperson for the Damen Group said that the Pakistan Navy signed the contract for two more OPVs after witnessing the satisfactory performance of PNS Yarmook and PNS Tabuk.

When asked about the details of the two upcoming OPVs, a Damen Group official said that the OPVs will have a length of 98 m, a beam (width) of 14.4 m, and a hull draft (distance between the waterline and bottom of the vessel) of 4 m.

For reference, PNS Yarmook has a length of 91 m, a beam of 14 m, and a hull draft of 4 m. It can accommodate 138 crew members as well as a medium helicopter on its flight deck. PNS Yarmook can also displace 2,300 tons.

Earlier this year in July, Pakistan Navy and Damen Group held the steel cutting ceremony of the first of two OPVs at Damen Shipyard in Galați, Romania.