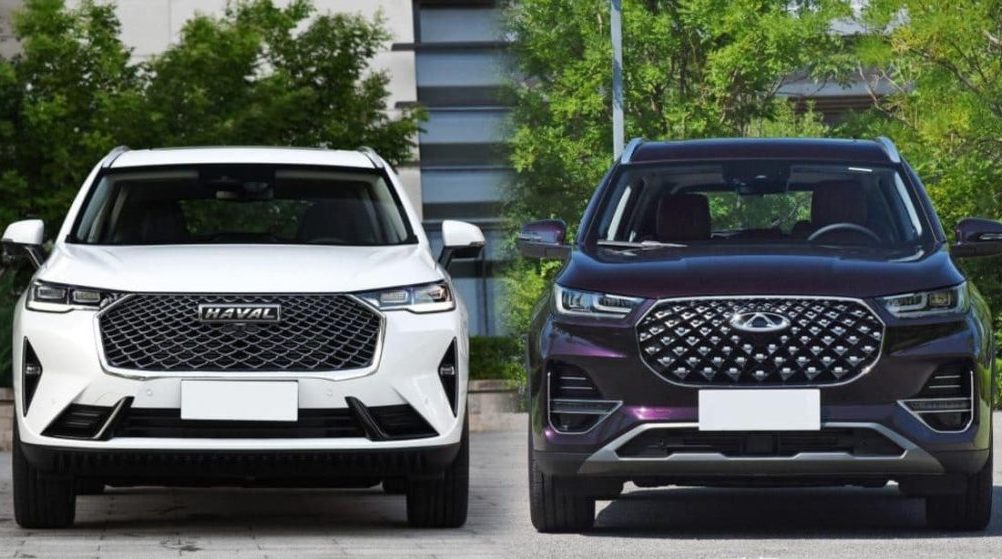 Chery has increased the price of Tiggo 8 Pro for the second time since its launch. The current price of the SUV is Rs. 8.2 million, which places it in an interesting company.

Haval H6 2.0T AWD, in particular, has become a threat to the seven-seater SUV, as it promises better performance and aesthetics at a marginal price premium. This article will compare the two SUVs to ascertain which one is more appealing.

Let us dive in! 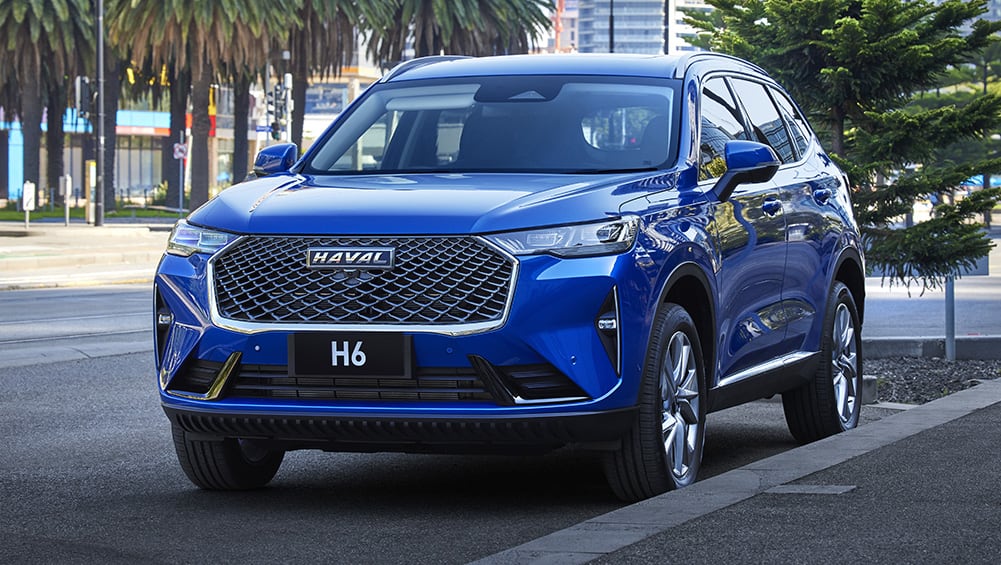 Haval H6’s boxy silhouette is complemented by its sharp front styling and broad stance. It has modern-looking pair of dual projector headlamps, a huge chrome mesh grille, an edgy bumper design, and a squared-off front fascia that enhances its road presence.

The side profile doesn’t have many lines. The body-colored side mirrors and door handles, and a single character line gives it a regal look. The chrome stripe around the windows and door sashes lends a slight cosmetic flair as well. 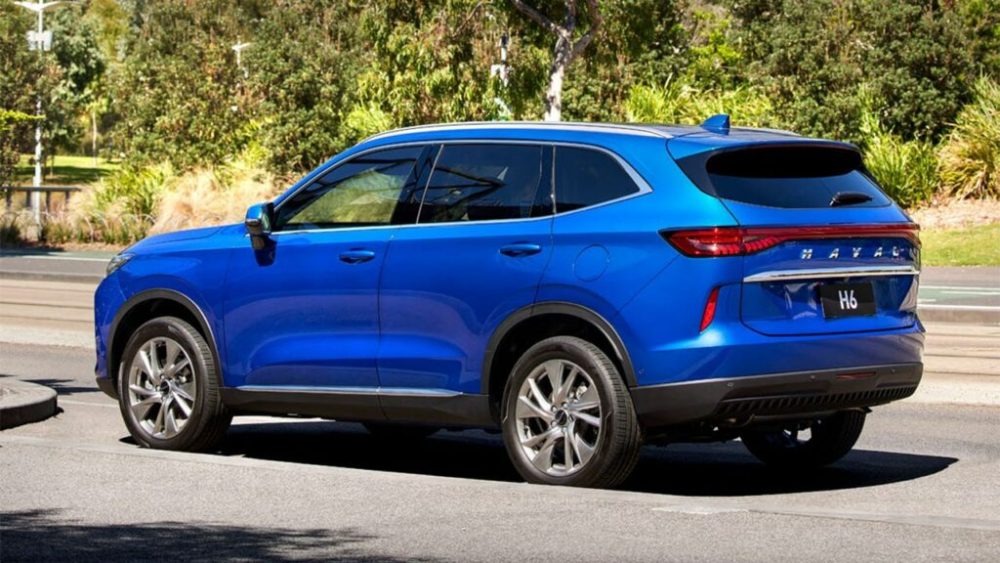 While the front is bold and aggressive, the rear end looks dull. The small rear windshield with a duck-tail spoiler and the taillight design makes the rear resemble most crossover SUVs on Pakistani roads. Overall, though, H6 is a handsome SUV. 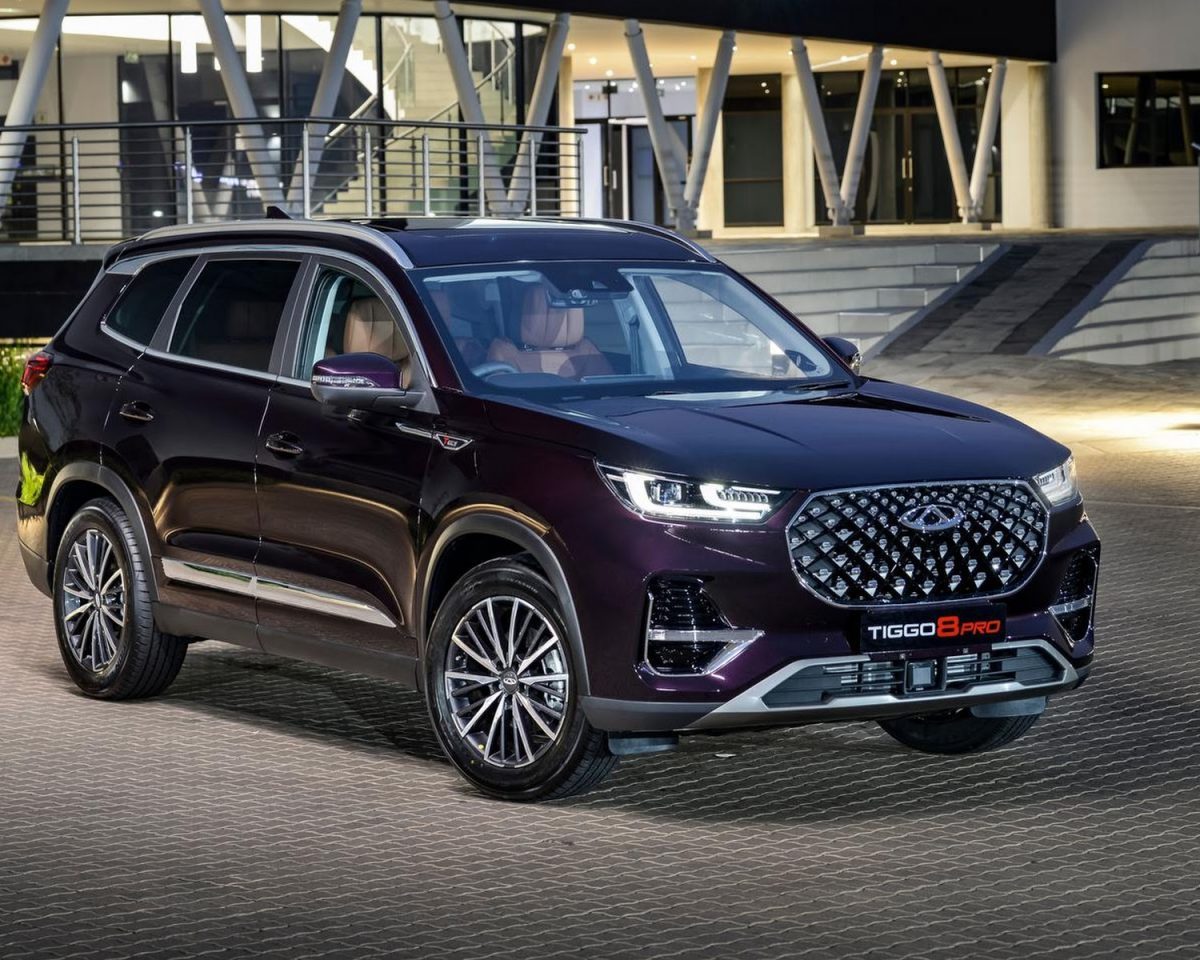 It has a squared-off and conventional-looking side profile, with a few flashy styling elements such as 18″ alloy wheels, chromed side impacts, brushed aluminum roof rails, and a chromed strip that wraps halfway around the windows. 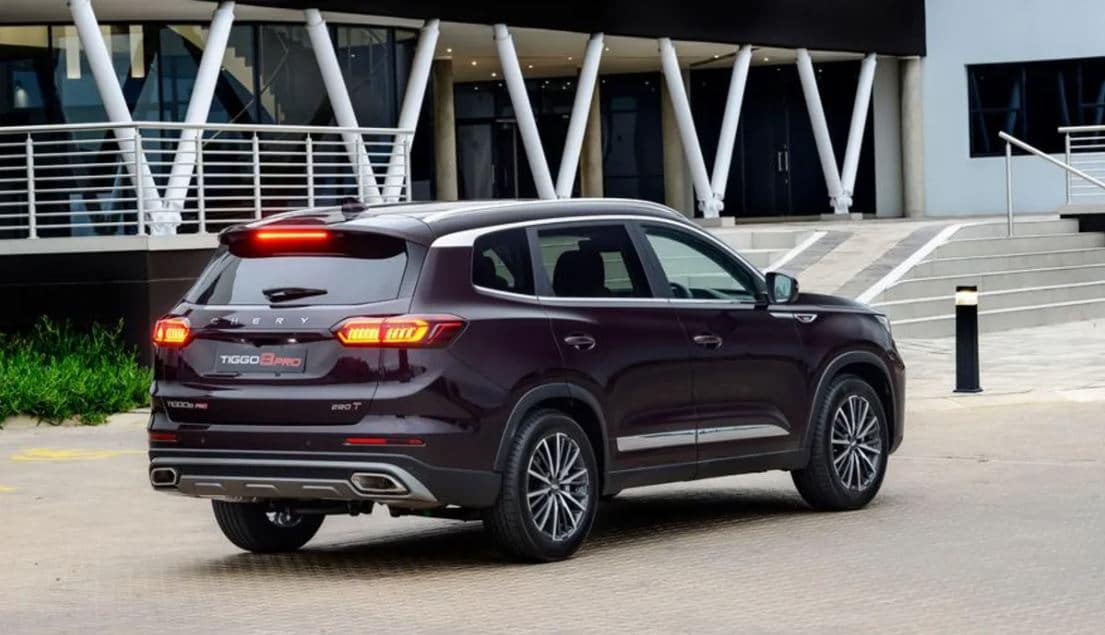 The rear design is also quite traditional. Apart from a flamboyant rear bumper with dual exhaust cutouts, LED taillights, and a spoiler on the tailgate, Tiggo 8 Pro looks similar to other SUVs. Overall, it looks good but lacks a ‘wow’ factor.

Haval H6 boasts a minimalistic and futuristic cabin. Everything on the dash and the center console is either a screen, a dial, a small button, or a flat panel. The seats and other surfaces are wrapped in plush materials. 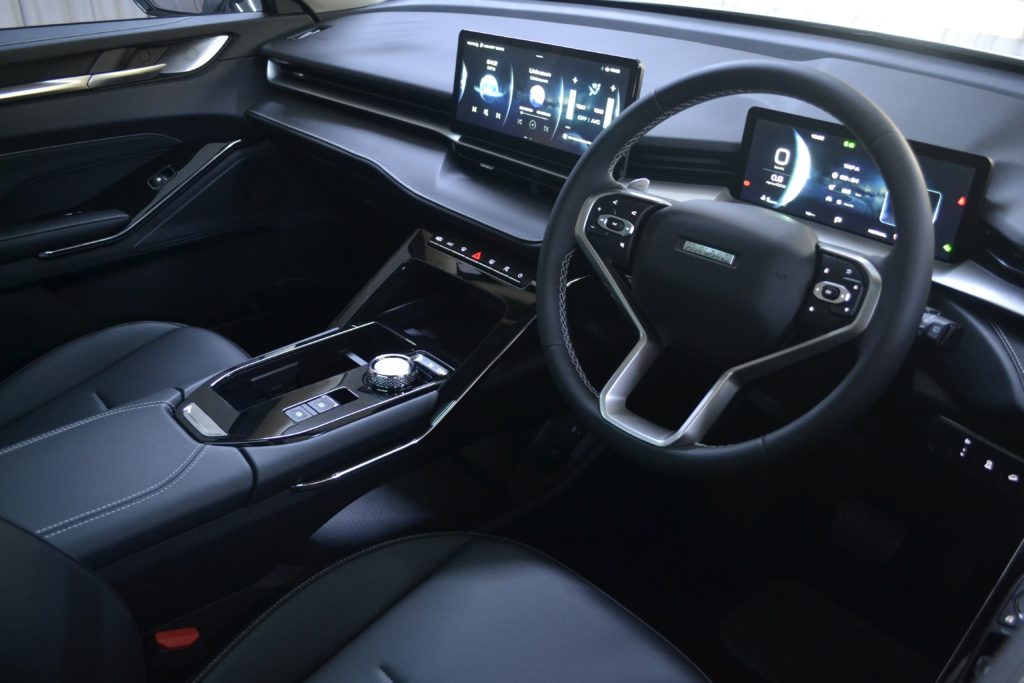 The contemporary three-spoke steering design looks modern, while the interior controls look as smooth, clean, and easily operable. In terms of space, the H6 is big enough to easily accommodate 5 passengers and their luggage. 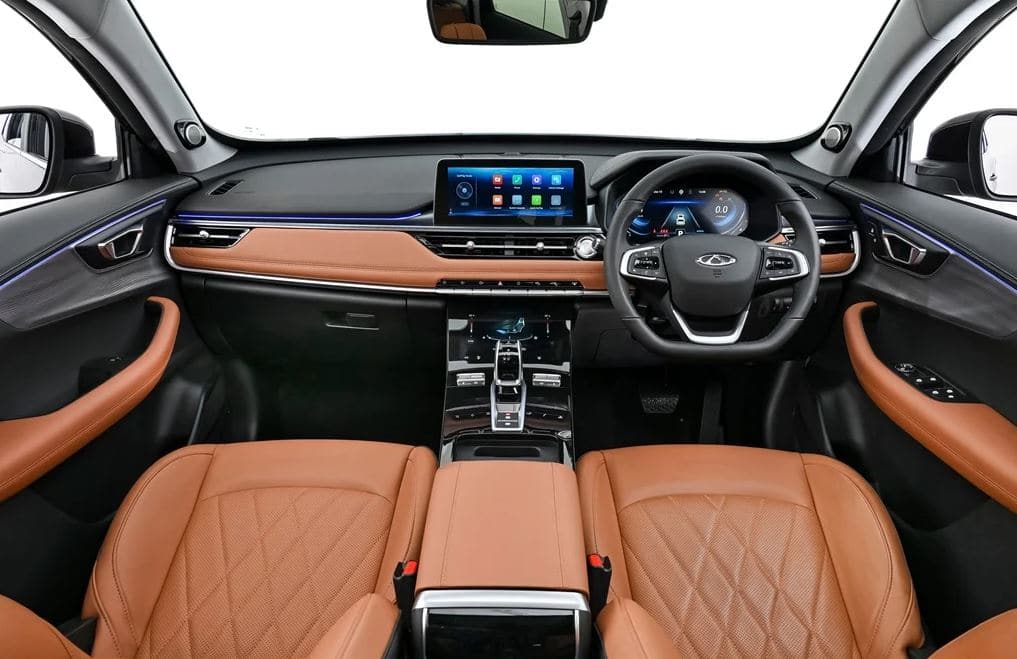 Tiggo 8 Pro is a midsize crossover SUV with a spacious cabin that can seat up to seven passengers comfortably. Overall, it has a great interior which is modern, stylish, and more practical than its competitor.

Although H6 has fewer seats, it is surprisingly not much smaller than the Tiggo 8 Pro. Also, the smaller H6 is heavier than Tiggo 8 Pro, which is interesting. The measurements of both SUVs are as follows:

Tiggo 8 Pro comes with a 1.6-liter turbocharged engine that makes a healthy 195 horsepower (hp) and 290 Newton-meters (Nm) of torque and is paired to a DCT automatic gearbox that sends power to the front wheels only. 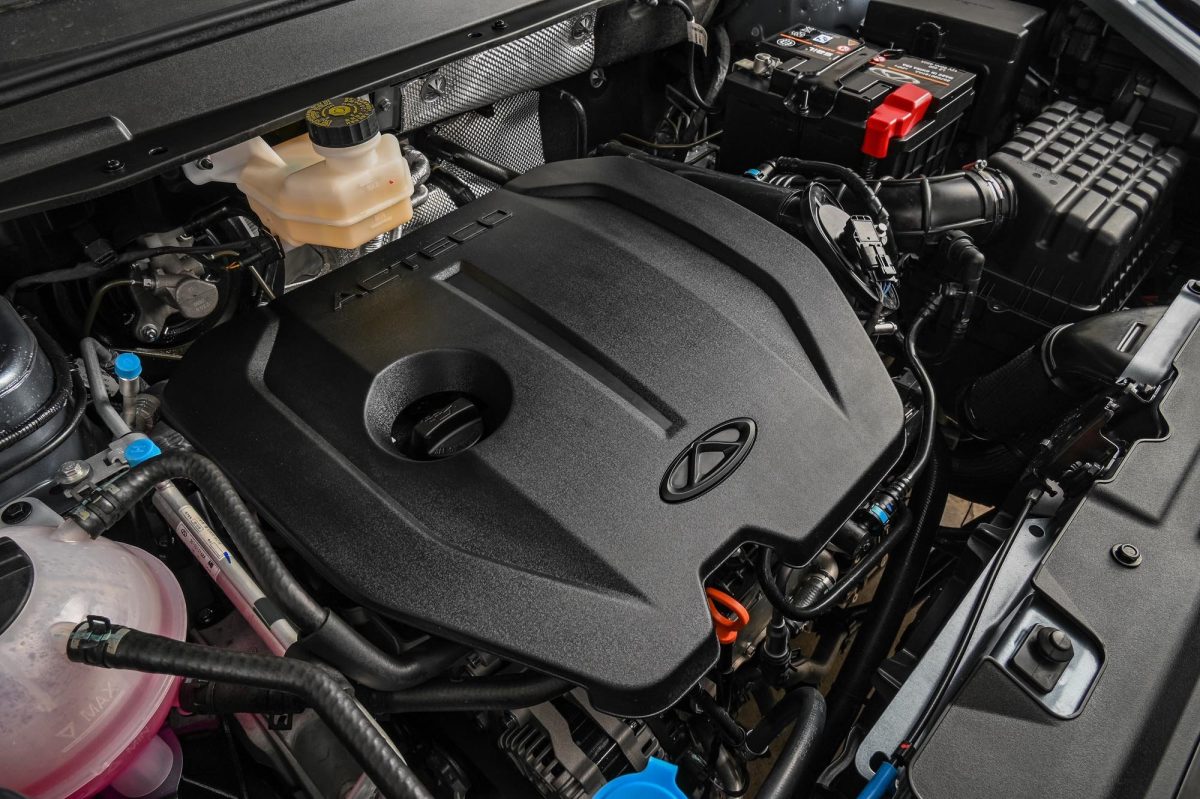 It has McPherson struts up front and a multi-link coil spring setup in the back. The SUV has disc brakes on all four wheels with Anti-lock Braking System (ABS), Electronic Brakeforce Distribution (EBD), and Brake Assist (BA) technology.

Chery claims that Tiggo 8 Pro has almost 13 kilometers per liter fuel economy, although real-time figures may be lower, given the SUV’s weight and stature.

This is where H6 2.0T boasts its real strength. It has a turbocharged 2.0-liter 4-cylinder petrol engine that sends 201 hp and 325 Nm of torque to all-four wheels via a 7-speed DCT automatic transmission. 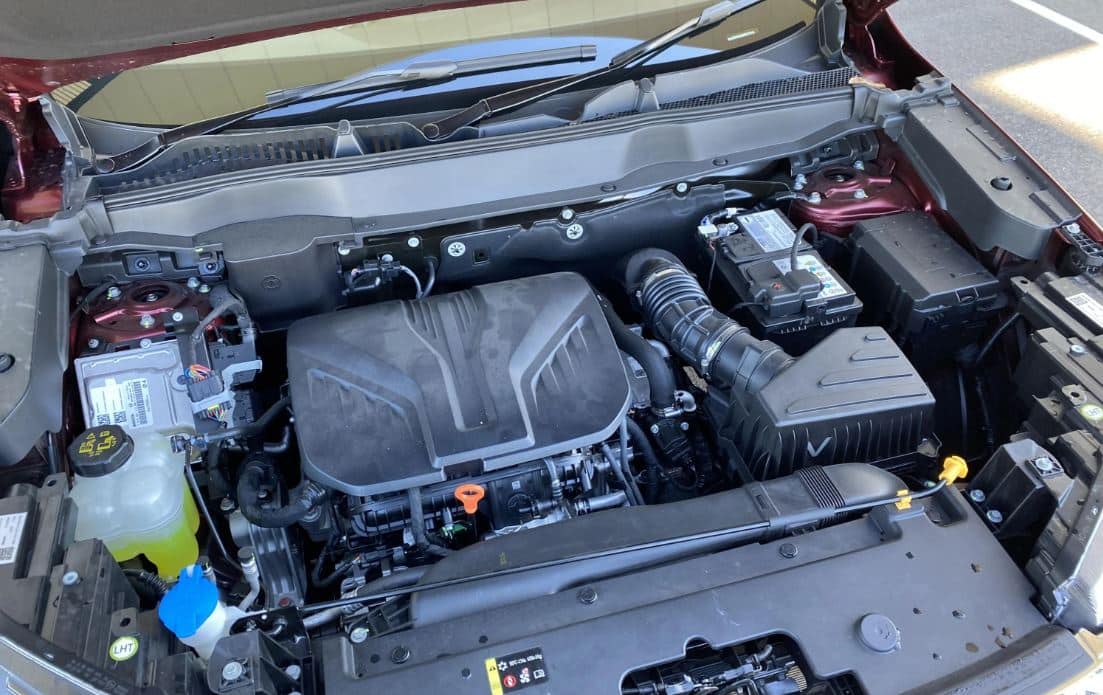 It has McPherson struts up front and an independent double-wishbone suspension at the back. It features disc brakes on all four wheels with Anti-lock ABS, EBD, and BA technology for optimal stopping power.

Various forums have reported an average fuel economy of around 10.2 km per liter, but the figure can vary based on road conditions and driving style.

Both SUVs have their own strengths, which makes them quite evenly matched. Haval H6 2.0T is more powerful and capable — courtesy of an All-Wheel Drive (AWD) powertrain. Chery Tiggo 8 Pro, on the other hand, is more practical, with seating for seven passengers and superior luggage capacity making it a more complete family hauler.

In terms of pricing, however, Tiggo 8 Pro enjoys a significant advantage over H6 2.0T, which may tip the odds in its favor. Although, for those who desire more power and better traction, H6 2.0T is a favorable choice.