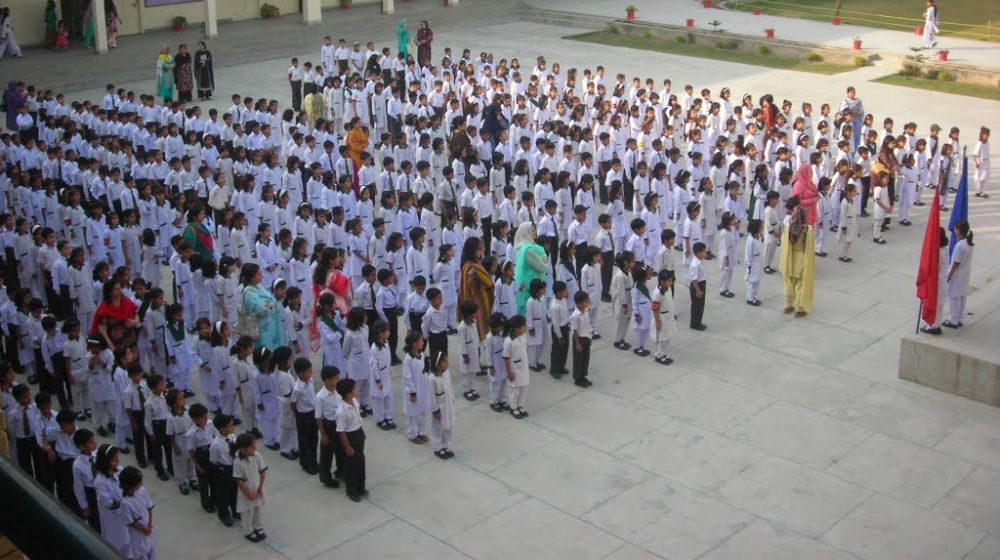 Schools and other educational institutions in Karachi have suspended assembly and physical training (PT) sessions from today until the next month in a bid to prevent students from contracting the dengue virus.

The Commissioner of Karachi has issued new standard operating procedures (SOPs) for all public and private educational institutions in the provincial capital in cognizance of the rising number of dengue cases.

All students are to wear full-sleeve shirts. The schools are also required to provide mosquito sprays, carry out water drainage and sanitation measures on campus, and organize awareness sessions about dengue and malaria, as per the directive.

The dengue virus has already infected 5,000 people in Karachi this year and resulted in 11 deaths so far. It was learned from official data that 349 more cases of dengue fever were recorded in the provincial capital in the last 24 hours.

District Korangi has the highest number of emerging cases with 109. Meanwhile, District Karachi Central has 70 new cases, the East district has 74 cases, and the districts of Malir and South have 38 and 33 cases respectively. The number of newly reported dengue cases in Kemari district was 18, and in the West district, it was seven.

In related news, the provincial administration has requested the federal government for an aircraft from the Department of Plant Protection, to carry out aerial fumigation in the flood-hit areas of the province to tackle the dangerously increasing dengue and other waterborne diseases.