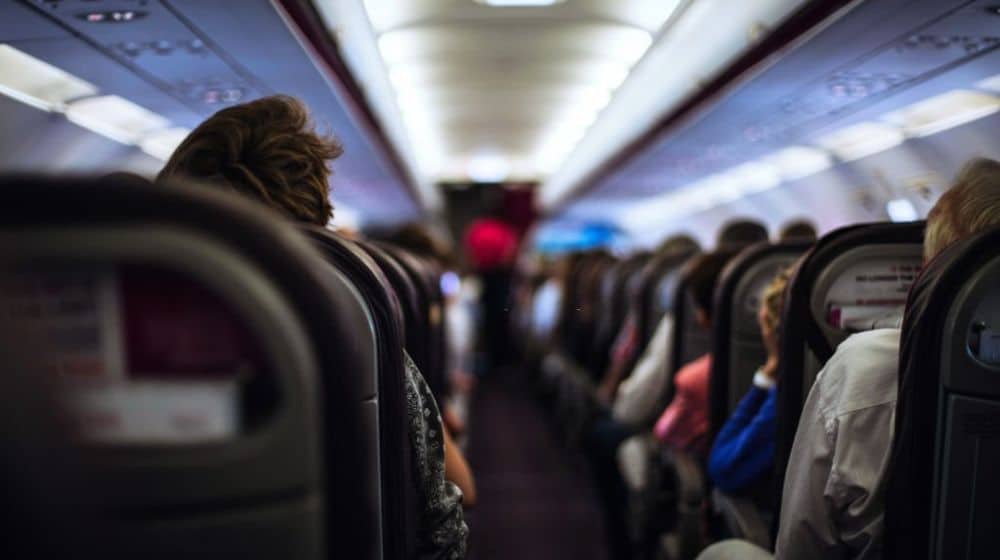 A male, presumably a Pakistani passenger, was arrested and deported by the Dubai Airport authorities for ‘erratic behavior’ and causing a ruckus during a Pakistan International Airline (PIA) flight from Peshawar to Dubai.

As per the details, the passenger boarded flight PK-283 on 14 September and started asking the cabin crew to offload him as soon as the flight took off.

He started behaving violently, kicking and punching the seats and breaking a window shutter when he kicked it. The passenger even attacked the flight crew members when they tried to control him, and his behavior terrified the other passengers.

The crew members stated that the passenger began giving the Azaan and praying before lying down in the aisle.

They managed to restrain the unruly man and bound his limbs as per aviation regulations. Meanwhile, the captain of the airplane contacted the air traffic controller and requested security.

Upon landing in Dubai, the cabin crew accompanied the man and handed him over to security officials, after which the PIA management was informed about him. The latter then sent a two-member team to escort the passenger back to Pakistan.

The video of the incident shows the flight attendants trying to calm the man down and urging him to stop his disorderly behavior.

PIA officials also revealed that the passenger has been blacklisted by the airline.