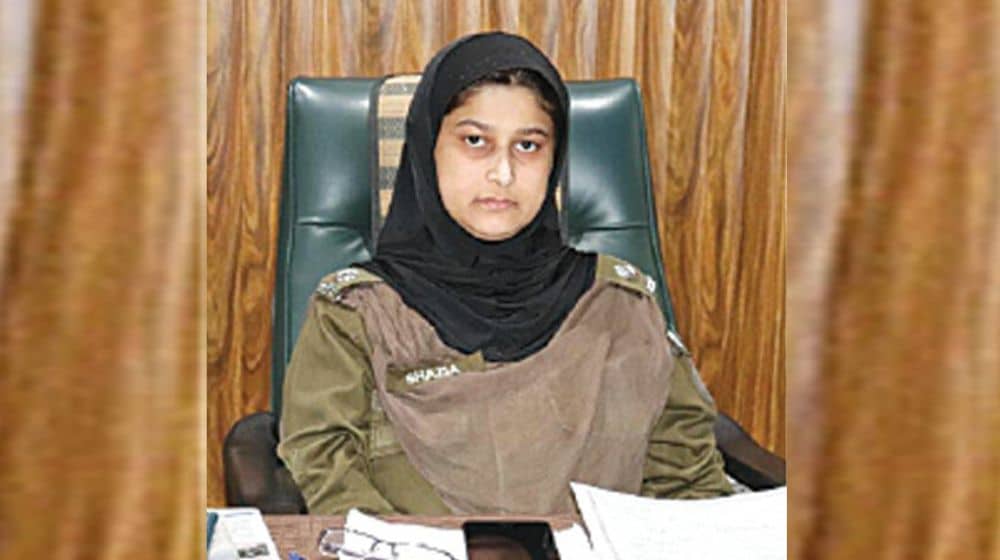 A female police officer hailing from Balochistan — Superintendent of Police (SP), Shazia Sarwer — has been appointed as the District Police Officer (DPO) of Layyah, which makes her the first policewoman from her province to oversee district security in Punjab.

As relayed by a police official, she will be the fifth policewoman to serve as a DPO in Punjab and the first one with a Balochistan domicile.

Other ladies who served as DPOs include SP Shaista in Bhakkhar, SP Amara Ather in Bahawalnagar and Sargodha, SP Maria Mahmood in Pakpattan, and SP Nida Umar in Layyah during the last four years.

The Punjab Police is reportedly undergoing a significant policy shift after its Inspector General of Police (IGP), Faisal Shahkar, held a number of meetings to increase women’s representation in the force. However, he is said to have faced opposition from police officers who were against the posting of women in the field based on the belief that women face multiple challenges and are unable to command the police.

It was revealed that some had advised him to recruit female officers for administrative or other non-field positions but he had disregarded them and had instead directed field police officers to increase the percentage of women police officers across the province.

Besides adding two senior female officers to the Punjab Police Executive Board, the IGP has enhanced the role of women police councils in all Law Enforcement Agencies (LEAs).

Subsequently, the officers were interviewed at CM Secretariat, in the presence of IGP and the CM approved the posting of SP Sarwer as DPO of Layyah while the appointment of more policewomen as DPOS was under process.

It is pertinent to mention that there are only 4,500 female officers out of 200,000 personnel in the Punjab Police, with the former constituting only 2.25 percent of the workforce. Furthermore, they also face hurdles for their promotions, as only a few are able to attain higher ranks of DIG or above.

It was also learned that certain male officers had opposed the posting of a BS-18 police officer, Dr. Anoosh Masood Chaudhry, in the field. She had been recommended for the post of SSP in Lahore during the tenure of the former IGP, Rao Sardar Ali Khan, but the intervention of some officers had delayed it.

Later on, the notification for her appointment was issued during the Election Commission of Pakistan’s (ECP) ban on all kinds of transfers and postings due to by-elections in the province. Resultantly, the appointment order was canceled and she presently serves in a non-field position.

On the other hand, the first six female officers heading investigations are facing negative propaganda from their male colleagues who consider male investigation officers (IOs) to be better than females.