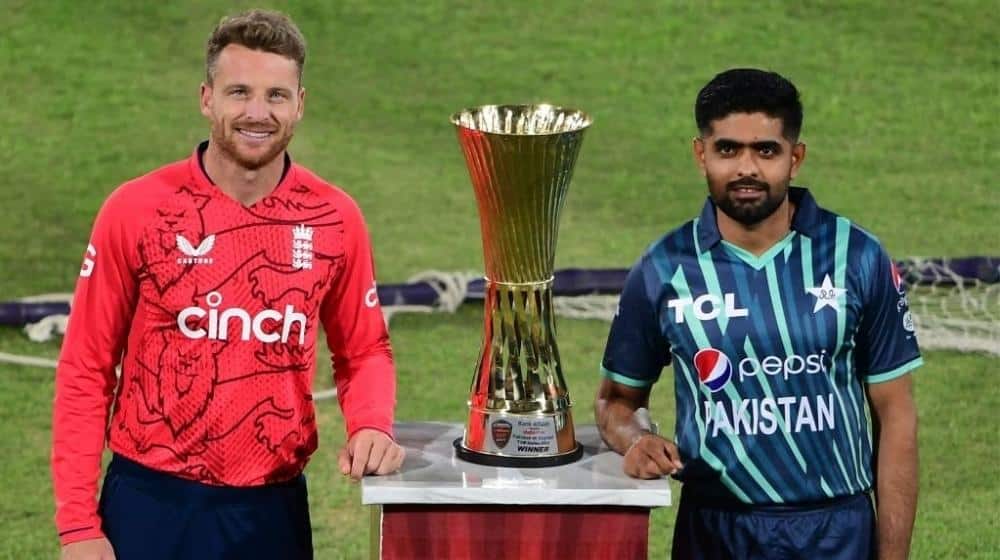 England had last toured Pakistan back in 2005. Since then, cricket fans had been anxiously waiting for England to return. The wait finally ended as England stepped on Pakistani soil last week.

The highly-anticipated series between the two sides is going to be the longest series between two ICC full members as all tickets for the seven matches have already been sold out.

The seven-match series will be played across two legs, with the first four matches scheduled at the National Stadium Karachi and the remaining at the Gaddafi Stadium Lahore.

Both teams are ready to lock horns in the first T20I in front of a jammed-pack National Stadium shortly. Both sides will also observe a one-minute silence before the start of the match as a tribute to Pakistan’s flood victims and Queen Elizabeth II.

As far as the Pakistani team is concerned, prolific opening batter, Shan Masood, is set to make his T20I debut. He will replace the wicket-keeper opener, Muhammad Rizwan, who is expected to miss the first few games of the series.

On the other hand, explosive opening batter, Alex Hales, has come back into the England team after a gap of over three years. He last donned the English jersey in a T20I against West Indies back in March 2019.