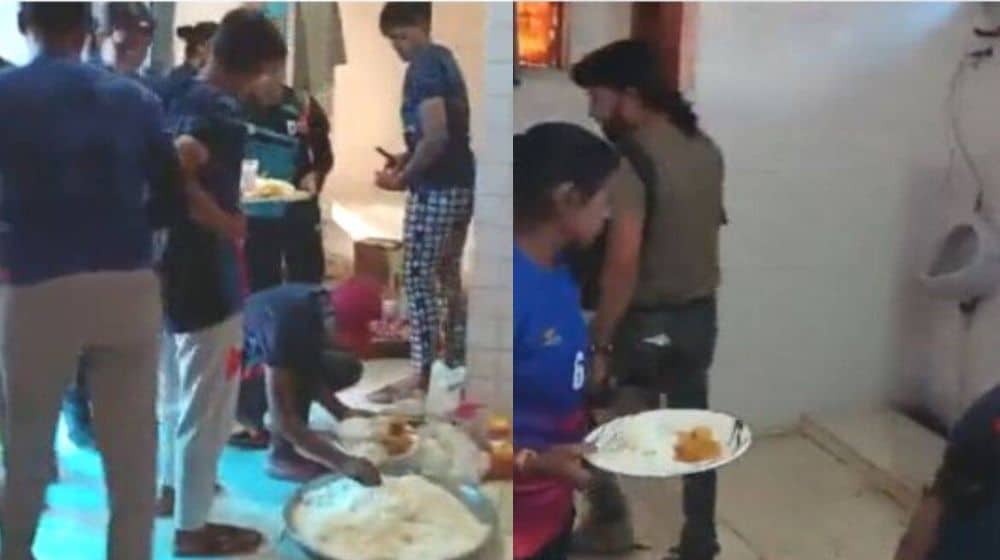 Athletes around the world pay close attention to their physical fitness and diet to stay in shape for competitions in their respective sports, but an unfortunate incident that occurred in India surprised sports fans.

In Uttar Pradesh, Indian under-16 women’s kabaddi players were forced to eat their lunch from food trays left on the floor of a swimming pool’s toilet, demonstrating gross negligence and poor hygiene.

The unfortunate incident occurred a week ago in Saharanpur, Uttar Pradesh, during a state-level U-16 Kabaddi tournament, and a video of the incident went viral on social media, garnering a lot of traction.

According to media reports, over 300 women Kabaddi players arrived in Saharanpur to compete in the sub-junior championship at the Bhimrao Stadium and were mistreated during the tournament.

The federation immediately suspended sports official, Animesh Saxena, after a video of the incident went viral on social media, while officials claimed that heavy rains during the game forced them to take such measures.

The participants in the viral video can be seen taking rice and other food from the toilet while the toilet seats are open. Meanwhile, an investigation has been launched, with a report due in three days.