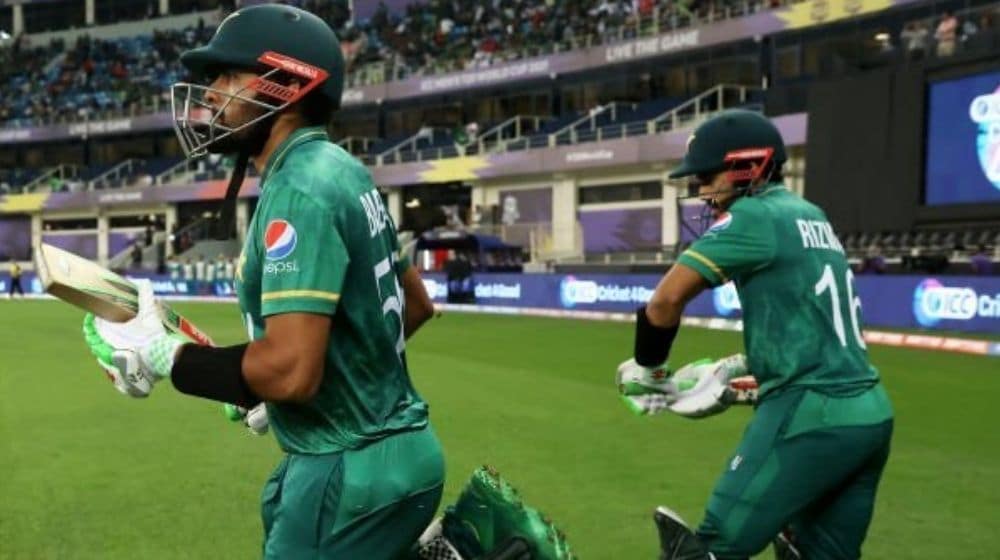 Pakistan’s middle-order once again failed to perform well in the opening game of a seven-match T20I series against England, forcing the selection committee to re-evaluate the squad for the upcoming T20 World Cup.

The Babar-Rizwan opening pair put up another fifty-plus opening stand, scoring 85 runs in 9.2 overs, but the middle-order failed to convert it into a big total, scoring just 73 runs in the final ten overs.

Former English cricketer, Mark Butcher, who is part of the commentary panel, criticized the middle-order, claiming that Pakistan lacks hard-hitters who can convert 120 into 200 in the final five overs.

It is worth noting that the Babar-Rizwan duo has managed to stitch five century runs partnership while batting first since the start of 2021, although Pakistan has only crossed 200 runs twice in 18 T20Is.

The former cricketer also suggested that Pakistan, like South Africa and other teams, find a couple of hard-hitters who come in the middle and score quick runs whenever needed.

While defending the opening batters, who faced a lot of criticism for low strike rate in the first six overs, Bucher said, “If they don’t trust the guys behind them, then it’s difficult for them to go hell for leather.”