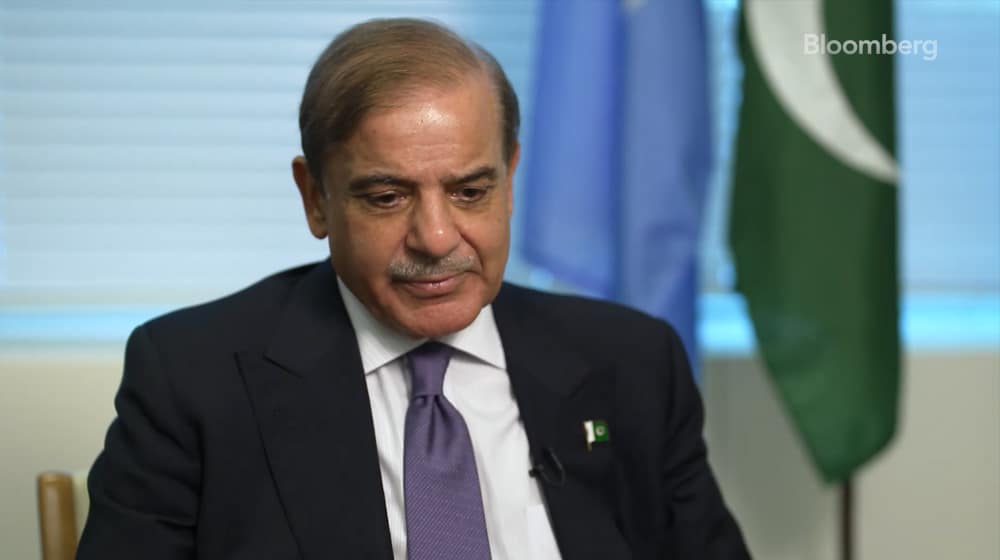 All hell could break loose if Pakistan and partner countries including donor entities fail to reach an agreement on an affordable debt deal for the cash-strapped South Asian nation.

In an interview with Bloomberg Television on Friday in New York, Prime Minister Shehbaz Sharif pleaded for urgent debt relief from rich nations as catastrophic floods exacerbated by climate change killed 1,600 people and displaced millions in Pakistan, with the government estimating damages in excess of $30 billion. One-third of the country is still underwater bringing one pandemic after another and signs of recovery are still quite far.

“Time is running [out], and we’re racing against time,” the PM said. “Please help us avoid this disaster”.

Referring to a group of rich creditor nations, the PM said, “We have spoken to European leaders and other leaders to help us in the Paris Club to get us moratorium. Unless we get substantial relief how can the world expect us to stand on our own feet? It is simply impossible”.

He pointed out the vast gulf between what Pakistan requested in aid and what was made available, warning that the country faced the imminent threat of pandemics and other perils. “God forbid this happens, all hell will break [loose],” he cautioned.

The premier lamented that things will not go back to normal but at the same time expressed the desire to get the economy moving again. “I need to put our millions of people back in the rooms, busy again with the ordinary life in agriculture, in industry, and getting [their] jobs back,” he stated.

He further mentioned that he had spoken with the World Bank about immediate debt relief and that talks with China would begin after the Paris Club. It is pertinent to note that Pakistan owes China $30 billion, or roughly one-third of its total external debt. More recently, Pakistan received a $1.1 billion loan from the International Monetary Fund (IMF) in August, as part of a $6 billion program signed with the lender in 2019.

On a question about trade with India, PM replied that both sides can not live forever in war but need to peace and that needs talks, for which Pakistan is ready but India also needs to show flexibility. “It takes too to tango”, he said. It should also talk about Kashmir first and then all issues can be discussed on the table, he added.

Later on Twitter, the PM added, “There is primarily one argument I made in my interview with Bloomberg. Given the vast scale & extent of destruction caused by the floods, the rich countries should consider giving debt relief to Pakistan so that we can stand up on our feet. Climate disaster is not of our making”.

There is primarily one argument I made in my interview with Bloomberg. Given the vast scale & extent of destruction caused by the floods, the rich countries should consider giving debt relief to Pakistan so that we can stand up on our feet. Climate disaster is not of our making.

The floods have occurred as the Pakistan rupee approaches a record low. The Asian Development Bank cut growth forecasts for the 2023 fiscal year to 3.5 percent from 4.5 percent this week, citing floods, policy tightening, and efforts to address fiscal and external imbalances.

The economic damage caused by the recent floods, the evolving political crisis, and increasing doubts about the nation’s ability to meet IMF targets could make it more difficult to manage the debt burden. A report by Barclays Bank expects Pakistan’s large financing gap in FY23 and disruptions from energy and food shortages to worsen the already challenging outlook.