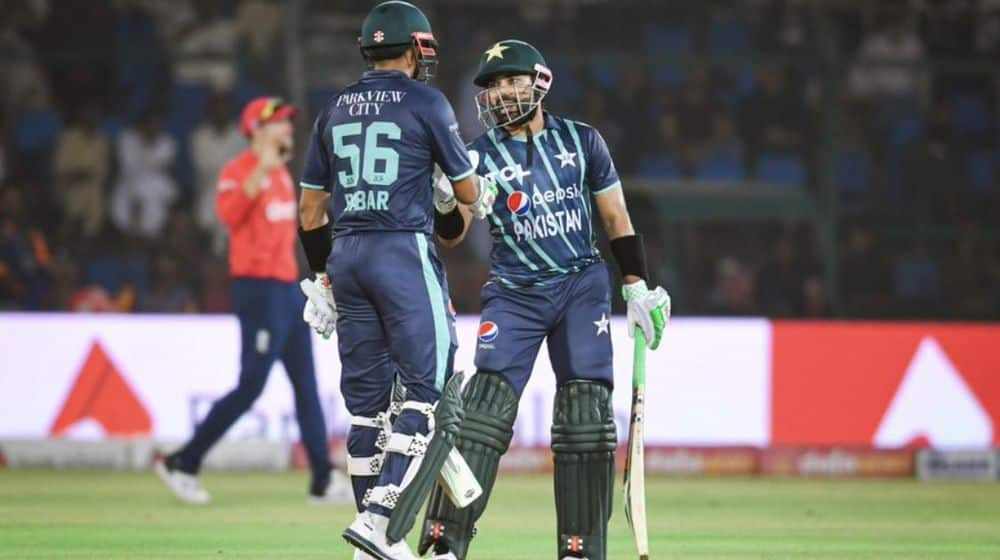 Babar Azam and Mohammad Rizwan have been displaying outstanding performance in the shortest format of cricket since the start of 2021, leading the team to numerous triumphs.

In the second T20I against England at the National Stadium Karachi, the right-handed batters put up another partnership that not only helped the team to victory but also smashed several batting records.

With the unbeaten 203 runs partnership, the duo surpassed the record of Indian stars, Shikhar Dhawan and Rohit Sharma, who have made 1,743 runs in 52 innings in the shortest format of the game.

Babar and Rizwan have batted together in the 36 innings and have now scored 1,929 runs at an average of 56.73 including seven century stands and six fifty partnerships.

During this time, the Men in Green successfully chased down 180-plus targets five times, 200+ targets three times, and also chased 150+ targets twice without losing a wicket.

They also broke their own partnership record of 197 runs with yesterday’s unbeaten 203-run stand, which is now the highest in a 10-wicket win in all T2o games, not just T20Is.