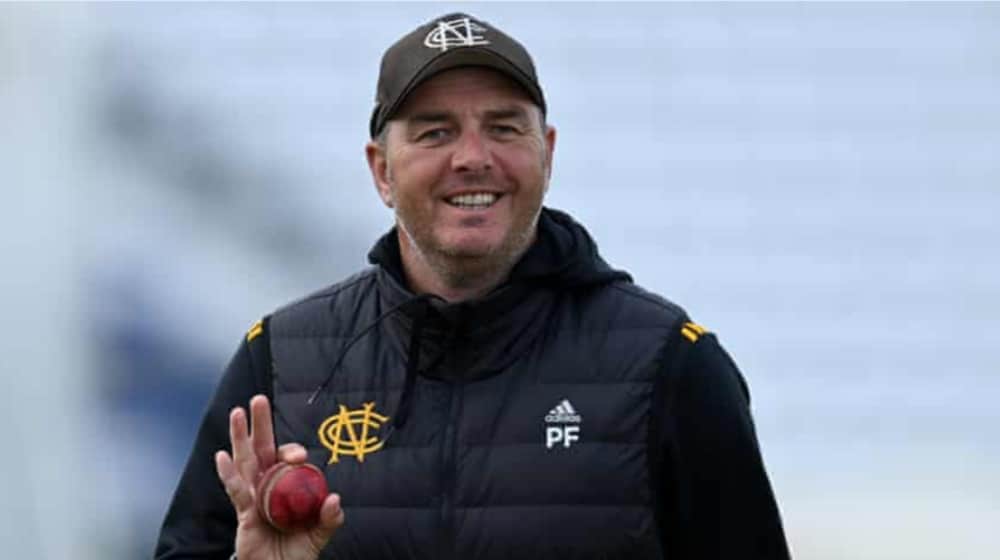 Nottinghamshire’s Paul Franks has been appointed the head coach of Central Punjab for the Quaid-e-Azam Trophy and Pakistan Cup. Bilal Shafayat will serve as his assistant during the four-month gig in Pakistan.

English coaches are set to work in Pakistan’s domestic cricket circuit as Nottinghamshire’s two coaches have signed the deal with Central Punjab. 43-year-old Paul Franks has been appointed the head coach of the side, while his Nottinghamshire colleague, Bilal Shafayat, will assist him. Paul Franks works under Peter Moores at the county cricket club.

The two coaches have been signed for the duration of the four-day cricket season, the Quaid-e-Azam Trophy, as well as the fifty-over championship, Pakistan Cup.

Reflecting on the new role, Paul Franks said, “I’ve worked in the T10 league in Abu Dhabi and the temptation would be to find more gigs in franchise cricket. But I wanted to get out of my comfort zone a little, really experience a different culture, and hopefully grow as a coach. Four-day and 50-over cricket may not be as fashionable right now but I want to work across all formats. And I’ve got ambitions to go as far as I can in my career. I want to help this team be the best they can be but also learn from the players too.”

Paul Franks also told that the opportunity to work in Pakistan’s domestic circuit was “too good to turn down.” Furthermore, the two coaches expressed excitement to discover Pakistan cricket as well as the culture.