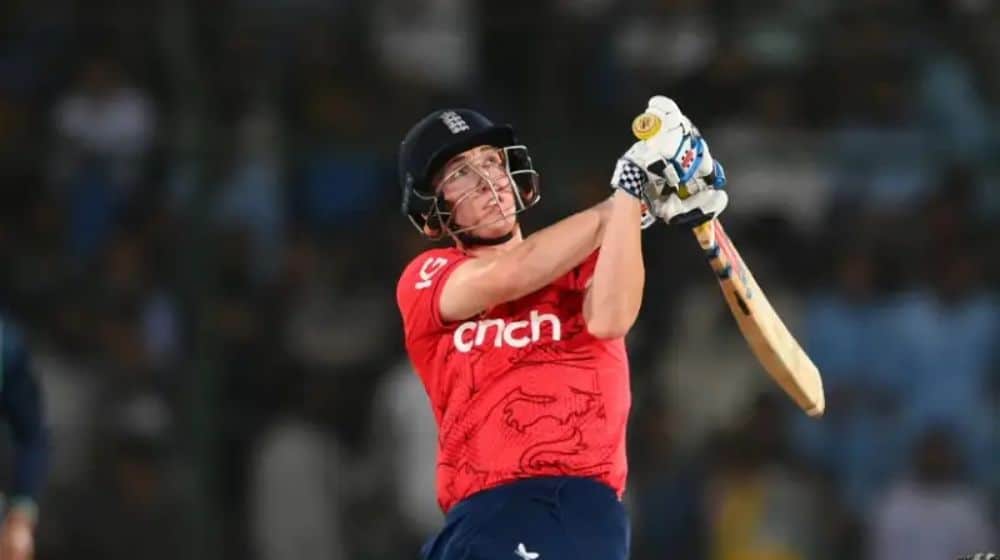 England’s hard-hitting batsman, Harry Brook, has been outstanding in the historic T20I series between Pakistan and England, scoring 154 runs in three innings with an average of 154 and a strike rate of 194.93.

During the third game of the seven-match series, the right-hander scored a scintillating 81 runs off 35 balls, propelling his team to a total of 221 runs, the biggest ever against Pakistan by any team in the shortest format.

Speaking about his familiarity with the sub-continent conditions in the post-match media talk, the 23-year-old said,

I Like Pakistan [grins]. Obviously, I had a bit of success in the PSL so it feels like I’m almost at home here.

It is important to note that Brook played for Lahore Qalandars in the seventh Pakistan Super League (PSL), where he amassed 262 runs in seven innings while maintaining a strike rate of 175.8, including a century.

Speaking about his PSL experience, the middle-order batter added that he had gained a lot from Qalandars’ Shaheen Shah, Haris Rauf, and Fakhar Zaman about how to score runs in Pakistani conditions.

“I had some of the best bowlers in the world on my team in Shaheen and Haris, so I try to learn off them boys and from Fakhar Zaman as well, trying to figure out ways to score runs in Pakistan,” he added.

Pakistan and England will square off in the fourth match of the series tomorrow at National Stadium Karachi, with the visitors leading the series 2-1. The last three games will be played at the Gaddafi Stadium Lahore.