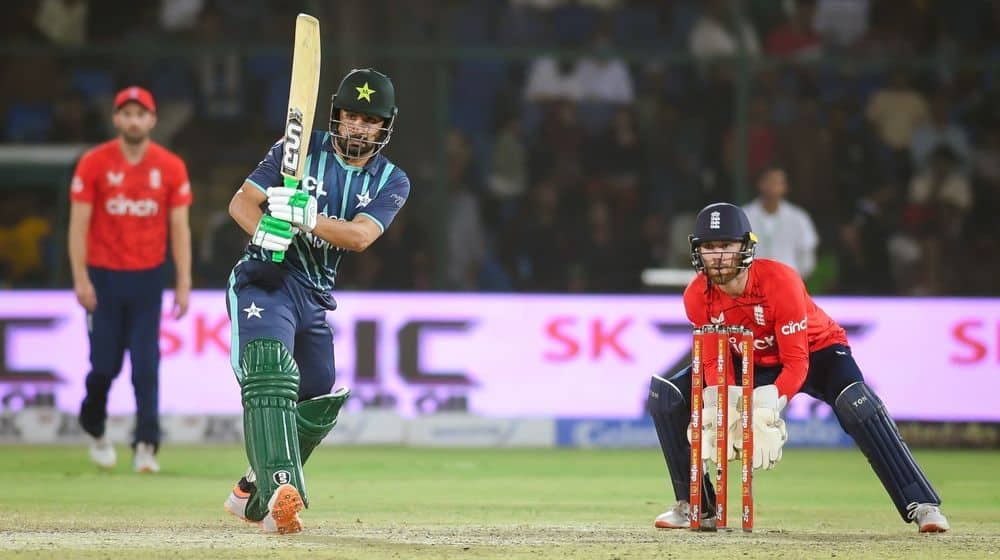 Khushdil Shah, who came up as a promising power hitter following his outstanding batting performances in PSL 7 and domestic tournaments, seems to be clueless on the international stage. The 27-year-old finisher has been on the receiving end of massive criticism due to his inability to accelerate in the death overs. We take a look at his T20 journey from being the best finisher on the domestic circuit to liability on the international stage.

Khushdil Shah generally comes in to bat down the order where he is expected to smash back-to-back boundaries to push the scorecard up or chase down the target at a considerably high run rate. However, his recent performances have shown that he lacks power-hitting abilities.

The 27-year-old has been a lost ball in the high weeds in 23 T20I matches he played, scoring only 282 runs at an average of 20.1. While the average of a power hitter might not be an issue in the short format of the game, his strike rate is what really matters.

Khushdil Shah’s overall strike rate is a miserly 111, which is quite low to suit the fiery nature of the game, especially for a finisher. As they say, power hitters cannot really afford to breathe on the crease.

While Khushdil Shah has certainly been the best power hitter in the last season of the Pakistan Super League where he scored at a strike rate of 182.14, his international performances have not been up to the mark. He has only twice scored at a strike rate of more than 200 with 36 runs at 240 against Zimbabwe and 35 runs at 233 against Hong Kong. The fact that he has only hit big sixes against Zimbabwe and Hong Kong is a worrying sign for Pakistan heading into the T20 World Cup.

Here is a look at the T20I innings Khushdil Shah played since his debut in 2019:

If we look at power hitters the other teams possess, Khushdil Shah is nowhere near their standard. From Liam Livingstone to Tim David, Hardik Pandya to David Miller, Nicholas Pooran to James Neesham, all have proved themselves at the big stage and Pakistan will, unfortunately, have to look at other options if they are to score big to chase big totals in Australia.