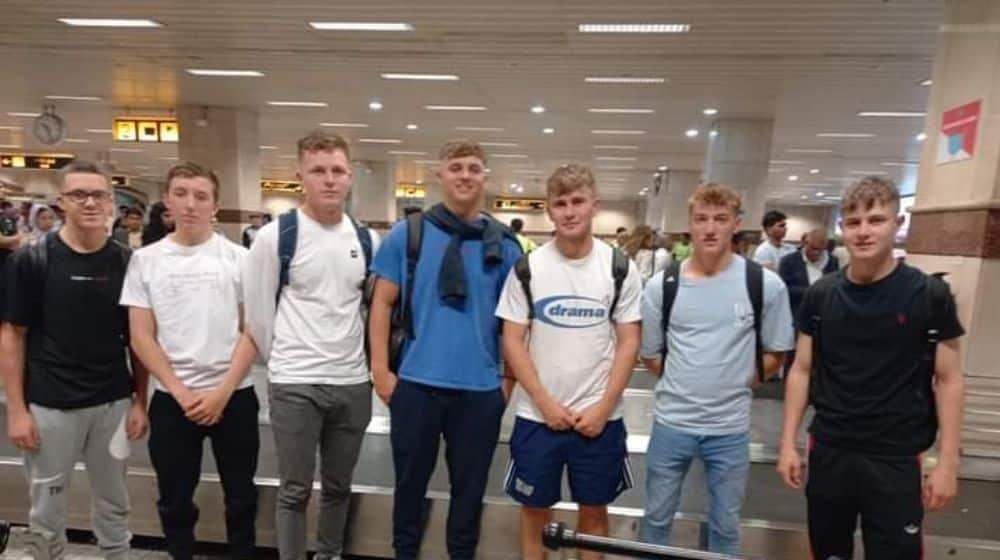 A total of 12 foreign players including eight from the United Kingdom, three from Afghanistan, and one from Sri Lanka have arrived in Lahore to take part in the first edition of the Pakistan Junior League which begins at the Gaddafi Stadium Lahore on Thursday 6 October.

The remaining 12 foreign players are expected to reach in the next two to three days. The local players will also arrive from their respective areas in Lahore over the weekend.

The players expressed their excitement at playing the PJL in the presence of some of the greats of the game who would be working as mentors during the tournament.

Nangeyalia Kharotai of Bahawalpur Royals said, “This is a great opportunity for us at this new and exciting platform for young players from around the world. I aim to help my team win the tournament and work closely with my mentor Imran Tahir who is a legend of the game and has a great experience of leagues and T20 format around the world.”

Thomas Aspinwall of Gujranwala Giants added, “The Pakistan Junior League is a great initiative and I am thrilled to be a part of this tournament. At Gujranwala Giants, we have Shoaib Malik as our mentor who is a T20 legend. I look forward to talking to him and taking his guidance which will help me in my future cricket. There are also some wonderful mentors with the rest of the teams and I look forward to chatting with them.”

Gwadar Sharks’ Joseph Eckland said, “This is an exciting time for all of us and I am really looking forward to playing the Pakistan Junior League for the Gwadar Sharks. We have an all-time legend of the game Sir Vivian Richards as our mentor his presence will be a huge motivation for me and my team. There are some incredible mentors in the other sides and it will be great to interact with them.”

Hyderabad Hunters star James Ross Wood also expressed his delight, saying, “The Pakistan Junior League is a very exciting platform and I can’t wait for the tournament to begin. I am delighted to be here in Lahore and look forward to joining my team. Our mentor is Daren Sammy who has won T20 World Cups, he is one of the greats of this format and I am keen on spending time with him and learning all about this format of the game.”

Archie Lenham – Mardan Warriors, said, “I am delighted to be here in Lahore for the inaugural edition of the Pakistan Junior League. There is so much to gain for all our youngsters and I am looking forward to picking the brains of Shahid Afridi who is our team mentor. Imran Tahir is another mentor I would be interested to talk to as he is also a wonderful leg-spinner and I want to develop that skill of mine.”

Allah Mohammad Ghazanfar – Rawalpindi Raiders also aims to give winning performances for this team, and added, “I am excited about playing the Pakistan Junior League for the Rawalpindi Raiders. I aim to give winning performances for my side while working closely with our mentor Colin Munro, I am looking forward to joining the team and making my presence felt in the tournament.”

The teams will practice for four days leading up to the tournament opener between Gujranwala Giants and Mardan Warriors which will be played next Thursday.

The 19-match tournament will be played on a single league basis with the six teams competing against each other once. The top four sides will compete in the playoffs, and the final will be played on Friday, 21 October.