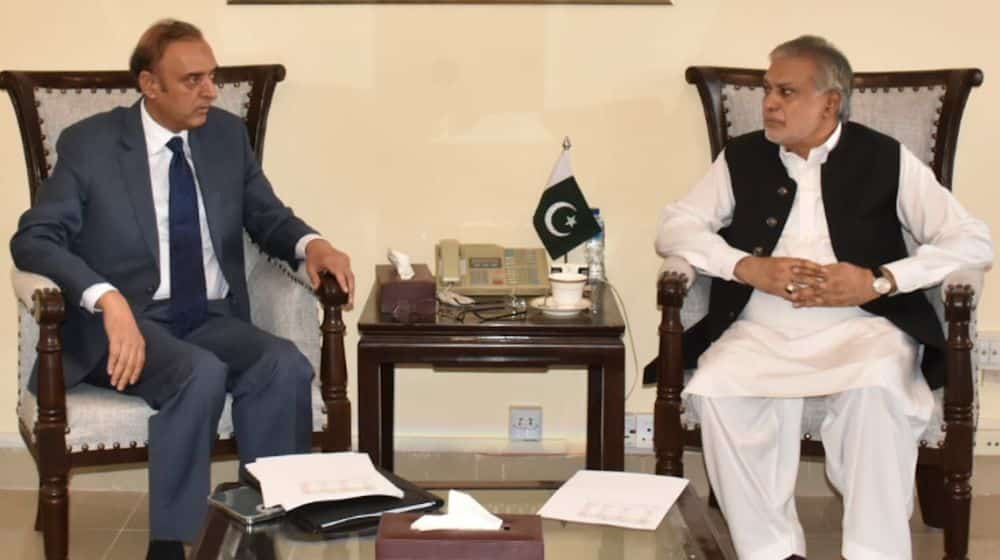 Finance Minister, Ishaq Dar, shared about fiscal measures being undertaken for the economic revival of the country. He stressed that fiscal and monetary policy coordination is imperative for sustainable and effective economic growth.

The meeting discussed the measures being undertaken for the stabilization and growth of the country’s economy.

Governor SBP, Jameel Ahmad, extended felicitations to the Finance Minister on assuming the office and stated that with the arrival of the Finance Minister, the market sentiments have considerably improved as reflected in the appreciation of the rupee. He was of the view that continuing efforts by the government and SBP will further put a squeeze on those who were manipulating the foreign exchange market.

The Finance Minister commended the initiatives of the SBP on introducing digital banking in line with international best practices and Pakistan’s first Instant Payment System- Raast. He also appreciated the role of the State Bank of Pakistan in the monetary stability and economic growth of the country.