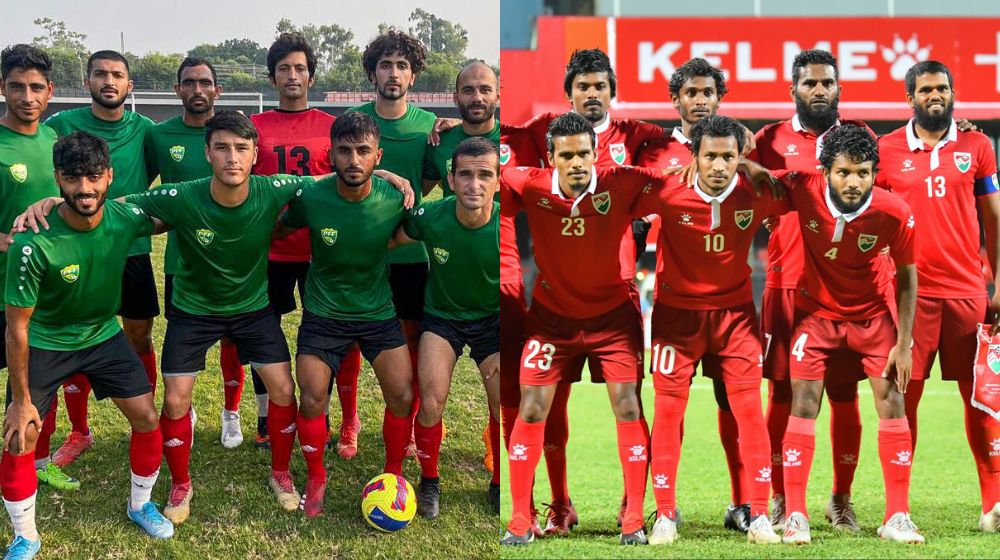 Pakistan’s football team is set to finally return to action after three years as they are likely to host the Maldives for a friendly match in November. According to details, the Pakistan Football Federation (PFF) has been in negotiations with the Maldives Football Association regarding their tour of the country next month.

PFF Normalization Committee’s senior official confirmed that the Maldives football team is prepared to tour Pakistan but there are a few logistical issues that need to be solved before the tour is given the green light.

The senior official stated that the PFF has been actively looking to host any nation in the upcoming international window and they have received a positive response from the Maldives.

The official revealed that Islamabad’s Jinnah Stadium was seen as the ideal venue to host an international friendly but it will not be possible for the stadium to host the match as it is currently undergoing renovation.

He stated that the next best option for the PFF is to prepare the Punjab Stadium in Lahore to host the event and they have already requested Punjab Sports Board (PSB) to give them the go-ahead. He further stated that PFF will commence the preparations for the international friendlies in November once they get a positive reply from the PSB.

Pakistan team last played international football in June 2019 as they lost their World Cup qualifier against Cambodia. The Green Shirts will be eager to step onto the pitch once more and showcase their talent to the world.