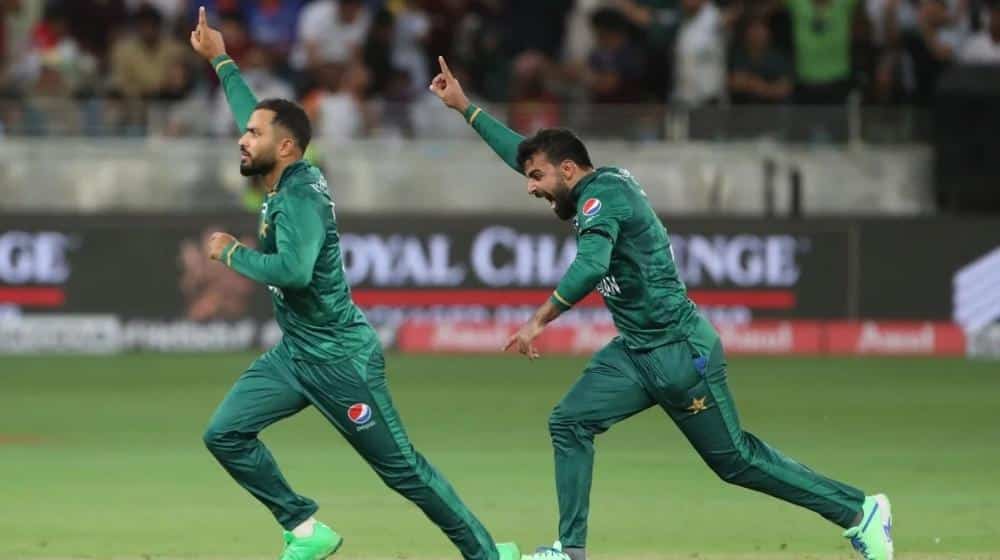 Pakistan’s national team selector, Mohammad Wasim, believes Shadab Khan and Mohammad Nawaz have the ability to bat up the order which can solve the team’s much highlighted middle-order issues.

Wasim, while talking on a popular sports show, stated that Shadab and Nawaz are proper batters and they have the ability to turn the game on its head due to their exceptional batting skills. He said that both the players are excellent players of spin and have the ability to hit big when required. He stated that their promotion up the order will also prolong Pakistan’s batting line-up as the team could benefit from their ‘low value’ wickets.

It might give some shape to the middle order and it’s not for the sake of change, but based on the skill sets they bring. Both can play spin well, bat at a high strike rate, rotate the strike, and accelerate the score.

He further stated that even if the two players fail to perform, there will be plenty of batting left behind which could come in handy in difficult situations.

The 44-year-old said that Pakistan’s middle-order woes have put pressure on Babar Azam and Mohammad Rizwan at the top of the order as they tend to consume a lot of balls because they do not have confidence in the middle order. He stated that in an ideal situation, the top order will fully trust the incoming batters as they possess the ability to accelerate and take the team to a big total.

Wasim said that he does not want the middle order to score big, but rather quickfire 30s and 40s can change the game in favor of Pakistan.

The Men in Green will once again have an opportunity to nail down their starting line-up as they are set to face New Zealand and Bangladesh in a tri-series. The series is scheduled to be played between 7-14 October in New Zealand. Pakistan will directly travel to Australia from there to take part in the 2022 T20 World Cup.