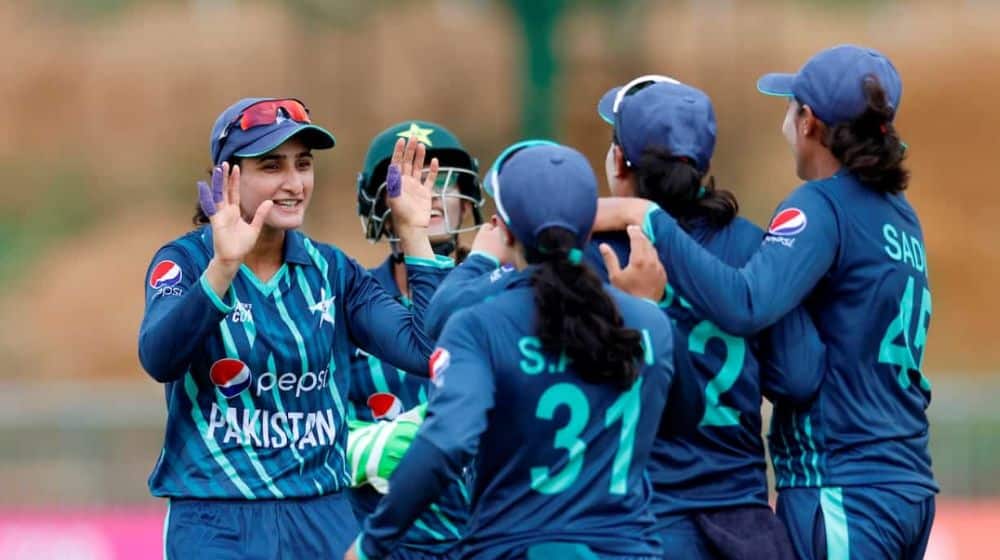 Pakistan failed to defend a target of 117 runs against low-ranked Thailand in the Women’s Asia Cup 2022 match at Sylhet International Cricket Stadium in Bangladesh, which is its first setback in the tournament.

The Green Shirts batted first after winning the toss in their third encounter of the tournament, posting a total of 116 runs on the board owing to a sluggish half-century from the opening batter, Sidra Ameen.

Sidra, who struck 56 off 64 balls, including six boundaries, stitched 25 runs in partnership with her opening partner, Muneeba Ali, who scored 15 off 14 balls, while the rest of the batting order failed to stay on the crease for long.

Nannapat Koncharoenkai and Natthakan Chantam started brilliantly for Thailand, putting up 40 runs partnership in the first eight overs, but Tuba Hassan’s two quick wickets slowed them down in the middle.

With Chantam’s match-winning knock of 61 runs off 51 balls and Naruemol Chaiwai’s 17 off 23, Thailand was able to chase down the total in the last over with one ball remaining. Chantam was awarded player of the match.