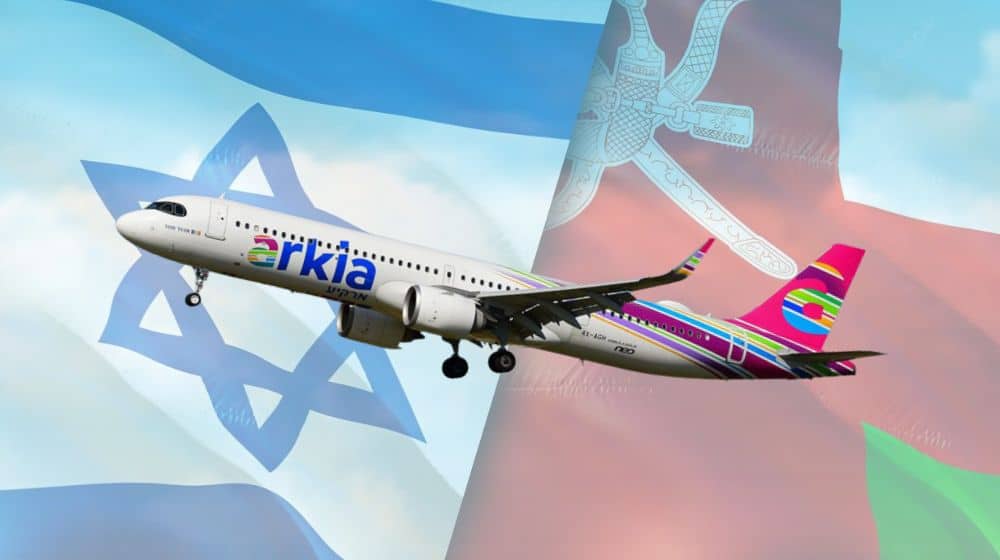 Israel’s Arkia airline has been compelled to suspend its scheduled flights to India and other Asian destinations owing to a persistent rejection by Oman to allow it to use its airspace.

According to the details, Arkia has suffered major financial losses as a result of the Israeli airlines’ being prohibited from flying over Oman’s aerial territory.

It is pertinent to mention that Oman does not recognize Israel as a state, which is one of the reasons why it is not allowed to use Omani airspace.

Note here that Saudi Arabia gave permission to Israeli flights to use its airspace in August this year, which reduced their journey time and fuel consumption.

In addition, there has been substantial speculation since 2020 that Saudi Arabia and Oman may join the UAE and Bahrain in normalizing relations with Israel.

However, Oman is more inclined toward Iran unlike other Gulf countries, and it is alleged that Tehran exerts pressure on Muscat to deny Israel access to its airspace.